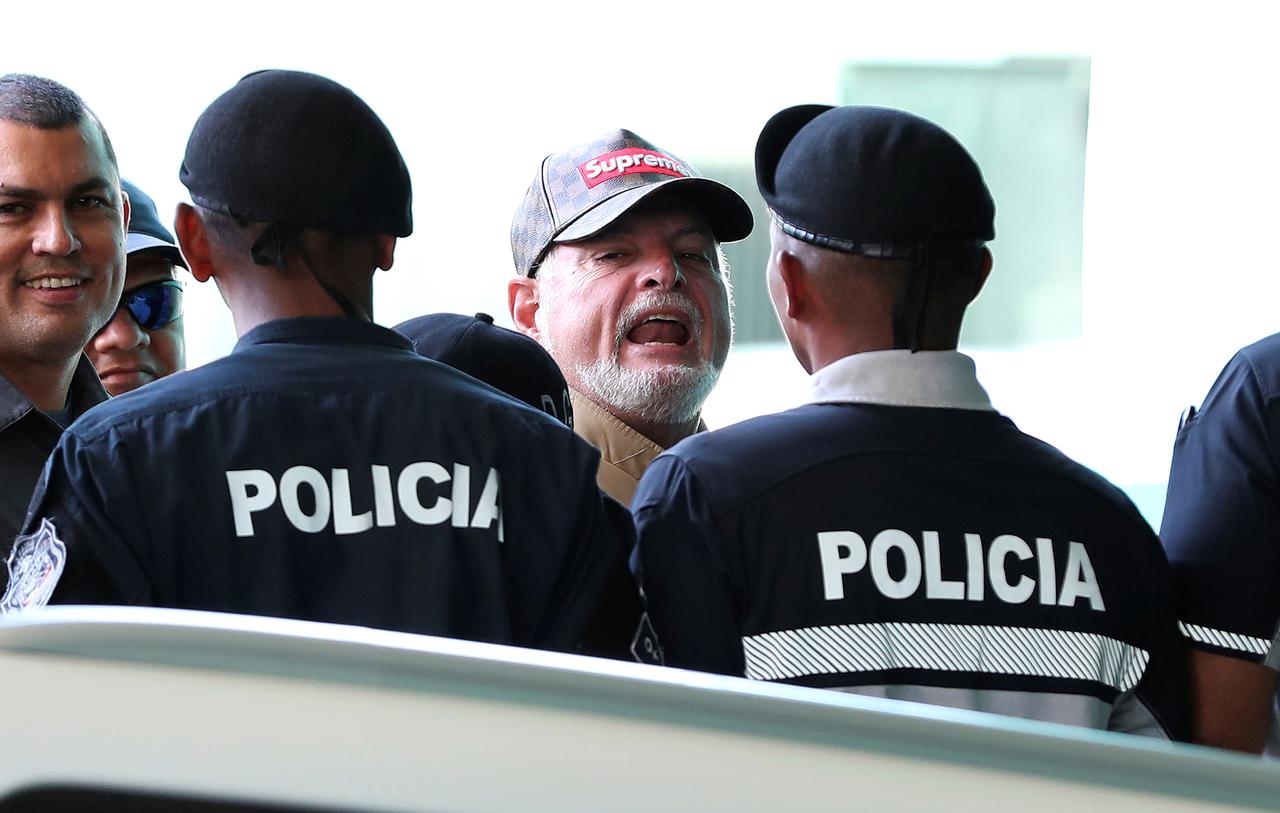 PANAMA CITY (Reuters) – Panama’s electoral tribunal has ruled that former President Ricardo Martinelli, who is awaiting trial on wiretapping charges, cannot run in next month’s elections, but the politician vowed on Friday to retake the presidency in the following vote.

The tribunal has not formally commented on the decision, but a copy of the ruling seen by Reuters said it found Martinelli was not eligible because he did not meet residency requirements. A tribunal official confirmed the ruling was authentic.

A 67-year-old supermarket tycoon who led the Central American country from 2009 to 2014, Martinelli was running for mayor of Panama City and a seat in Congress.

Wearing a baseball cap and jeans, he shouted “electoral fraud” to reporters as he entered a courthouse on Friday morning. Eduardo Camacho, a spokesman for Martinelli, called the tribunal’s ruling a “political decision.”

In a video shared by his lawyer, Martinelli struck a defiant tone, vowing to return to the presidency in 2024.

“This makes me stronger, it makes me humbler,” he said. “We will return.”

The tribunal ruling noted that if Martinelli had not fought extradition from the United States, he would have returned to Panama in 2017 and “amply complied” with the residency rules.

Martinelli has been charged with spying on 150 people, including politicians, union leaders and journalists. Awaiting trial for spying as well as charges of embezzlement of public funds to finance it, he faces up to 21 years in prison.

None of that stopped the pugnacious businessman and avid tweeter, who is often likened to U.S. President Donald Trump, from mounting a return to public life from his prison cell, decrying the charges as “fake news.” Martinelli denies any wrongdoing.

Polls showed Martinelli was the front-runner to be elected mayor of Panama City in May, the second-biggest political post in the country. He was also running a separate campaign for a seat in the National Assembly in case that bid failed.

Analysts expected Martinelli to try to use the mayor’s job as a springboard to return to the presidency.