Palau to open travel bubble with Taiwan from next month 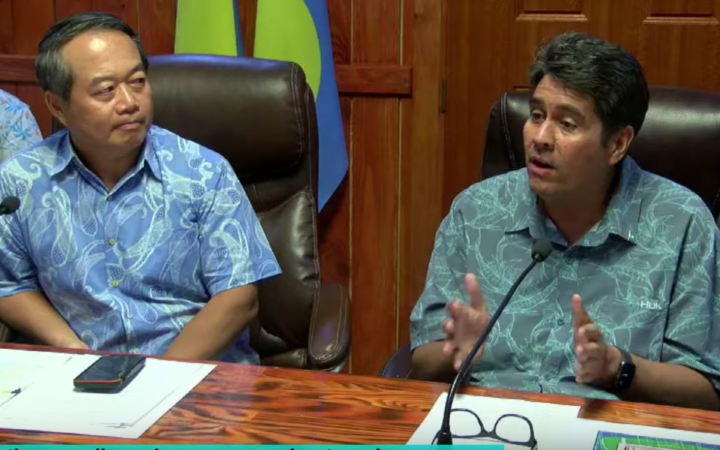 Palau President Surangel Whipps has announced that a travel bubble with Taiwan will officially begin on April 1.

Palau, which is one of the few nations to be Covid-free, will open its doors to tourists from Taiwan after a year of closing its borders.

Whipps told reporters that according to the US health officials visiting Palau, there is a very low risk of Taiwan travellers bringing COVID into the country.

“They shared with us today that the risk of getting a Covid case from Taiwan to Palau, based on historical data, is one in 4 million, or 1 in 40,000 flight. But the point is the risk is very low, We are doing everything to make sure that the risk is as low as possible,” Whipps said.

The president says the travel bubble shows an even stronger relationship between Palau and Taiwan.

While Taiwan is not Covid-free, it has kept the pandemic under control and is often lauded for its success in curbing community transmission due to effective prevention.

Palau’s close relationship with the United States has made it one of the first nations in the Pacific to get thousands of Moderna vaccine doses.

Mr Whipps says by April 17th, 62 percent of the country’s adult population will have been fully vaccinated.

Taiwan’s Ambassador to Palau, Wallace Chow, who joined Whipps during the press conference said the launching of the travel bubble is the result of months of discussion to ensure that it will be safe for both countries.

“We are very happy that Palau trusts Taiwan. We trust each other actually. So we open borders for each other and these will be the first one I believe in the world, have a real tourist come and go back,” Ambassador Chow said.

To promote Palau as a safe destination, Whipps will be travelling with Mr Chow to Taiwan on March 28, making this the first overseas trip for the president.

Whipps is also expected to meet with President Tsai Ing-wen face to face to further boost the relationship between the two nations.

Whipps will then return to Palau on April 1 to escort the first batch of tourists from Taiwan.

The travel bubble will start with one flight that week carrying 110 passengers. The aim is to have two flights a week, Whipps said.