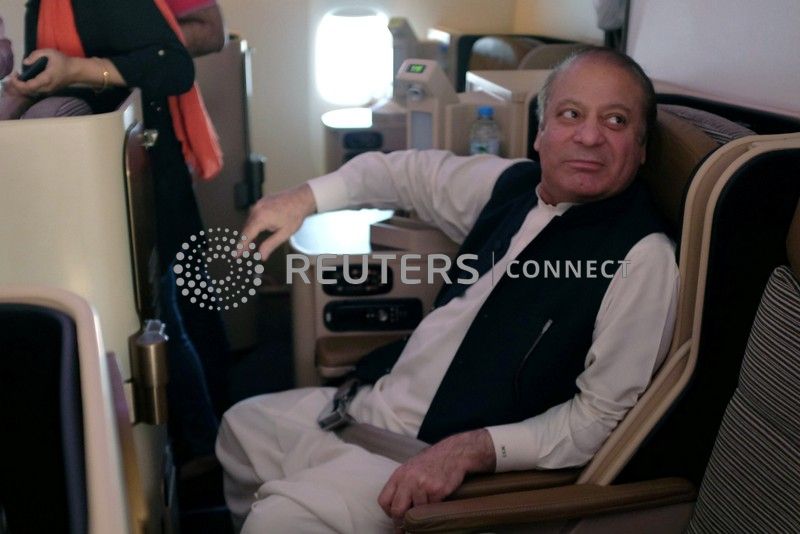 ISLAMABAD (Reuters) – A senior Pakistani judge was sacked on Friday following a scandal over blackmail claims relating to the jailing of former Prime Minister Nawaz Sharif on corruption charges, the law ministry said.

The removal of accountability court judge Arshad Malik prompted immediate calls by Sharif’s PML-N party for the release of the 69-year-old former premier, who is serving a seven-year jail sentence.

“The decision against Nawaz Sharif should be dismissed and he should be released immediately,” party spokeswoman Marriyum Aurangzeb said, adding that Sharif’s conviction should be considered “void”.

Sharif was convicted and jailed last year after failing to prove the source of income that had led to his ownership of a steel mill in Saudi Arabia. Under Pakistani law, this is taken to prove corruption.

The PML-N has disputed the conviction and last week party leaders presented a video apparently showing Malik saying he had been pressured into ruling in favour of conviction by individuals with compromising footage against him.

Malik later issued a statement denying he had been blackmailed to convict Sharif and saying the video had been manipulated. He also declared in an affidavit he had been offered bribes followed by blackmail threats by figures close to Sharif to rule in favour of the former premier, an accusation the PML-N refuted.

Aurangzeb, the party spokeswoman, said the judge had not provided any evidence of bribes with his affidavit. “The allegations are baseless and a pack of lies,” she told Reuters.

After days of growing pressure, Islamabad High Court asked the law ministry to remove him from his position.

“Judge Arshad Malik was asked to stop working on the basis of the alleged video and the press release,” Law Minister Farogh Naseem told a news conference.

The scandal adds to an already heated political climate in Pakistan, where Prime Minister Imran Khan’s government, which came to power last year vowing to root out corruption, has been facing increasing economic difficulties.

Earlier this month it agreed to a $6 billion bailout deal with the International Monetary Fund, which has demanded a tough package of austerity measures.

As the problems have mounted, opposition parties have stepped up attacks, accusing the government and its allies in the powerful military establishment of crushing dissent and orchestrating Sharif’s removal from power and conviction.