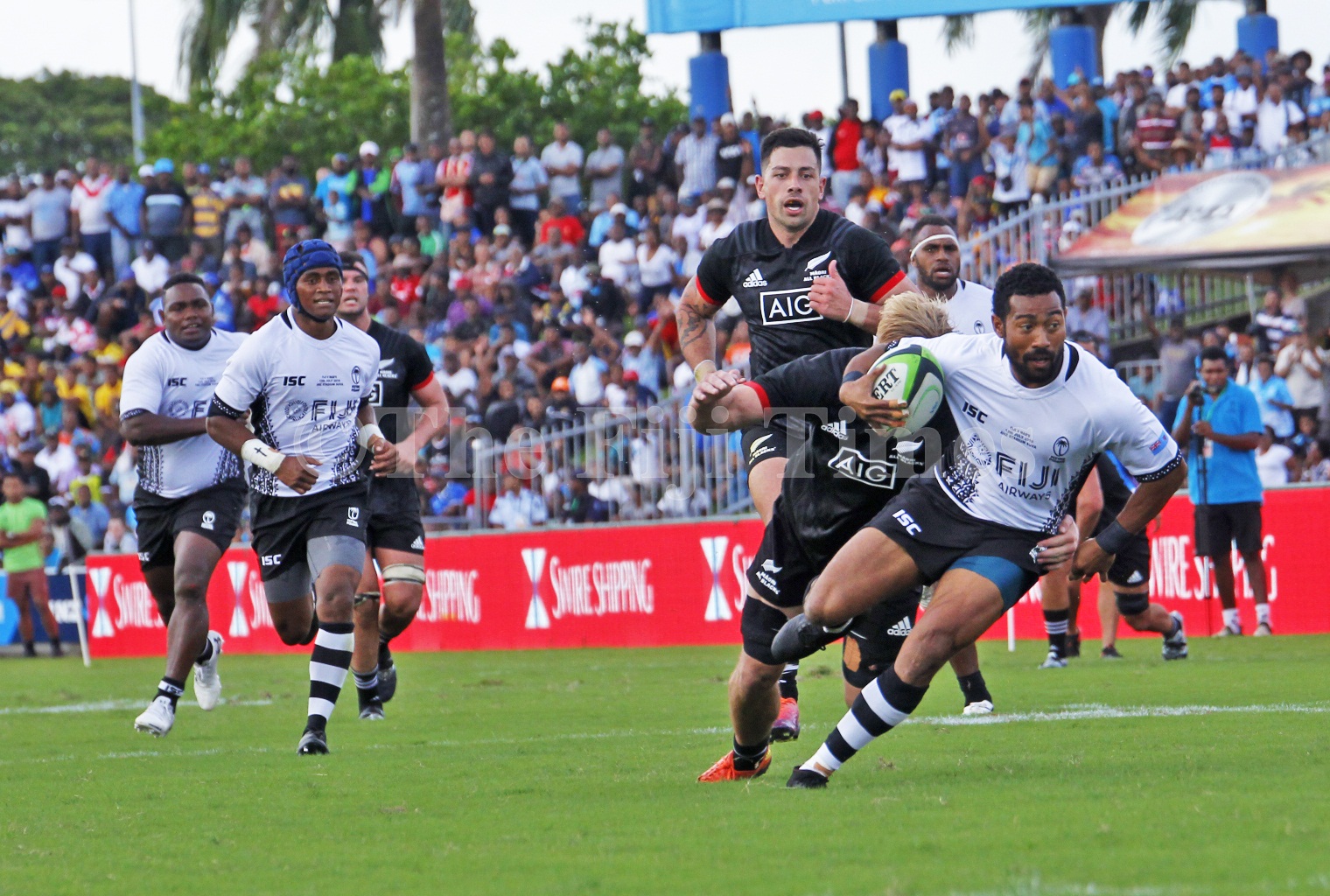 Flying Fijians Henry Seniloli on the attack against Maori All Blacks at the ANZ Stadium in Suva . Picture: JONA KONATACI

FRANCE-based Leone Nakarawa and Levani Botia are highly likely to be drafted into the 23-member Flying Fijians squad for the opening Pacific Nations Cup match against Japan on Saturday.

The duo played in the 27-10 victory against the New Zealand Maori All Blacks in Suva, but were left out of the team which lost 17-26 in the return fixture at Rotorua last Saturday.

Flying Fijians coach John McKee said he would look at how the players perform during training sessions before naming the squad.

“With Nakarawa and Botia coming into the mix and having remained in Fiji last week, they are strong contenders for selection,” McKee said.

“We were pretty tired when we arrived in Japan, but it was good to link up with the players who travelled from Fiji.

“They had a hard week’s training and are looking very fresh and fit.” McKee said the team settled in Japan on Monday and spent half a day visiting some Japanese temples.

“It was quite interesting for all the players and management, especially those who are in Japan for the first time.

“We completed the day with the reviews of the game against the New Zealand Maori All Blacks and getting the players who came from Fiji up to speed with some of the new things we did last week.”