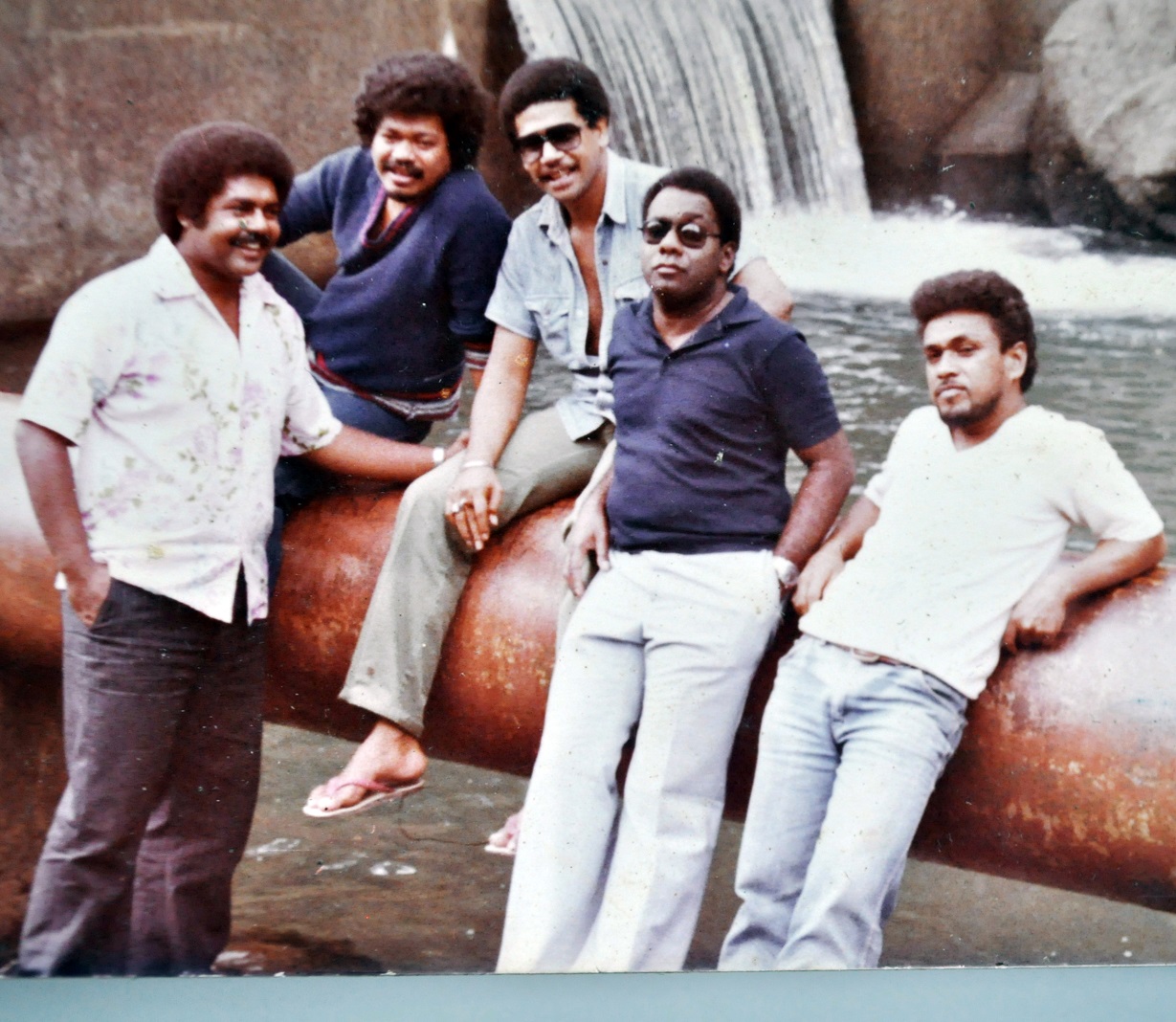 IN 1988, five Fijian musicians were hand-picked to perform at one of the biggest live music events in New Zealand called the Neon Picnic.

Serevi and Vatuwaqa were the featured vocalists for the group.

Unfortunately, the Neon Picnic did not eventuate because of a number of issues.

However, Pacifica scored seven gigs in Auckland, Wellington and Hamilton.

Serevi said while the cancellation was a huge disappointment, a one-in-a-million meeting with one of the world’s most famous bass guitarists more than made up for it.

“New Zealand reggae band, Herbs, manager Will Ilolahia walked into Traps, where we were playing in late 1987, and really liked what he heard so he asked us if we wanted to play in New Zealand,” the dreadlocked bassist shared.

“He said we were going to play at the Neon Picnic rock festival and when he mentioned the names of the headline acts we were blown away — so we all said yes, why not.”

Ilolahia organised passage and accommodation and Pacifica jetted into Auckland in January 1988, ahead of the January 29 kick-off.

“After the event was cancelled, Bob Geldof from the Boomtown Rats organised a free concert at Waitemata Stadium and we were invited to perform there and that was an amazing experience in itself.

“The engineers told us that the amount of electricity they were using that day just for sound and lighting was enough to power 20,000 homes.

“And we got to perform in front of 14,000 people — playing our version of rhythm and blues and some of my vude originals — and the crowd loved it.”

Ilolahia organised seven gigs in the wake of the cancelled Neon Festival and Pacifica began spreading their music gospel across Auckland, Wellington and Hamilton at a number of different venues.

“We were playing one night in Auckland when this guy approached us and said someone wanted to jam with us.

“And we did the usual Fijian thing of ‘oh yeah, of course’. “When the person walked on the stage we all froze.

“It was the Commodores bass player Ronald LaPread.

“We did not know what to do because here was the man who played on some of the biggest hits in the world at the time — Brickhouse, Easy, Three Times a Lady, and Nightshift.”

Serevi said LaPread picked up that they were nervous and invited them to his Auckland home for a barbecue.

“And you know when the time came for us to go to his house, we were so madua we began to ask each other if we should go or just relax.

“I’m glad we made the decision to go because we had five straight nights of jam sessions where the music just took over.

“In the middle of some of our impromptu jams, he would shout out and tell his manager — ‘this is what I am looking for!

This is the music that is missing in Auckland! This is my music!

“It really boosted us because, like every other Fijian, we always thought we were not good enough to be on the international stage. “And here we were with one of the biggest players in the world and he was telling us that we were good and we had something special.

“And I think we need to stop selling ourselves short as musicians and performers — we are just as good as everyone else but we have to start believing in ourselves.”