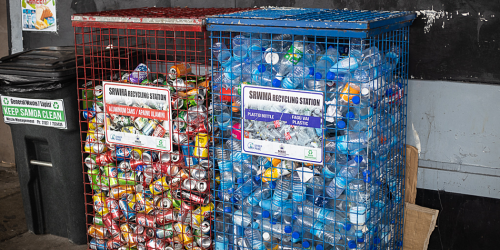 A global youth movement focused on emerging waste issues like plastic pollution is anticipated to reach the Pacific soon.

Part of the Plastic Tide Turners program – spearheaded by the United Nations Environment Programme (UNEP) under its Clean Seas platform – it aims to engage youths across the globe to address the issue of plastic pollution that is widely threatening life in oceans, rivers and on land.

According to the Secretariat of the Pacific Regional Environment Programme (SPREP), the program was being implemented across 32 countries in Africa, Asia and the Caribbean, and will soon be launching its Pacific chapter.

In the statement, he also said that it aimed to motivate youth to alter their behaviour and norms around plastic usage both at home and in their communities.

“The Tide Challenge is looking at partnering with more than 3500 institutions, which includes SPREP. We should be excited and look forward to this as we have many good organisations within the region that can take this partnership to the next level,” Mr Sam was quoted as saying.

Session moderator Dwain Qalovaki of Fiji said the foundation had already been set in the Pacific with youths having organised themselves.

He said the will to address plastic pollution was there.

“All they need now is support, which programs such as the Tide Turners can and will be able to provide,” Mr Qalovaki said in the statement.

“What we can do as a collective and what this program can provide is a framework and common place for young people to come together to access resources and materials.

“They will then return to their communities and their islands adequately supported to be able to run their own programs and figure out solutions that work for them.”

According to SPREP, the program was piloted in African and Caribbean countries and has since gained more than 200,000 participants; and expected to increase to 250,000 youths by December 2021.