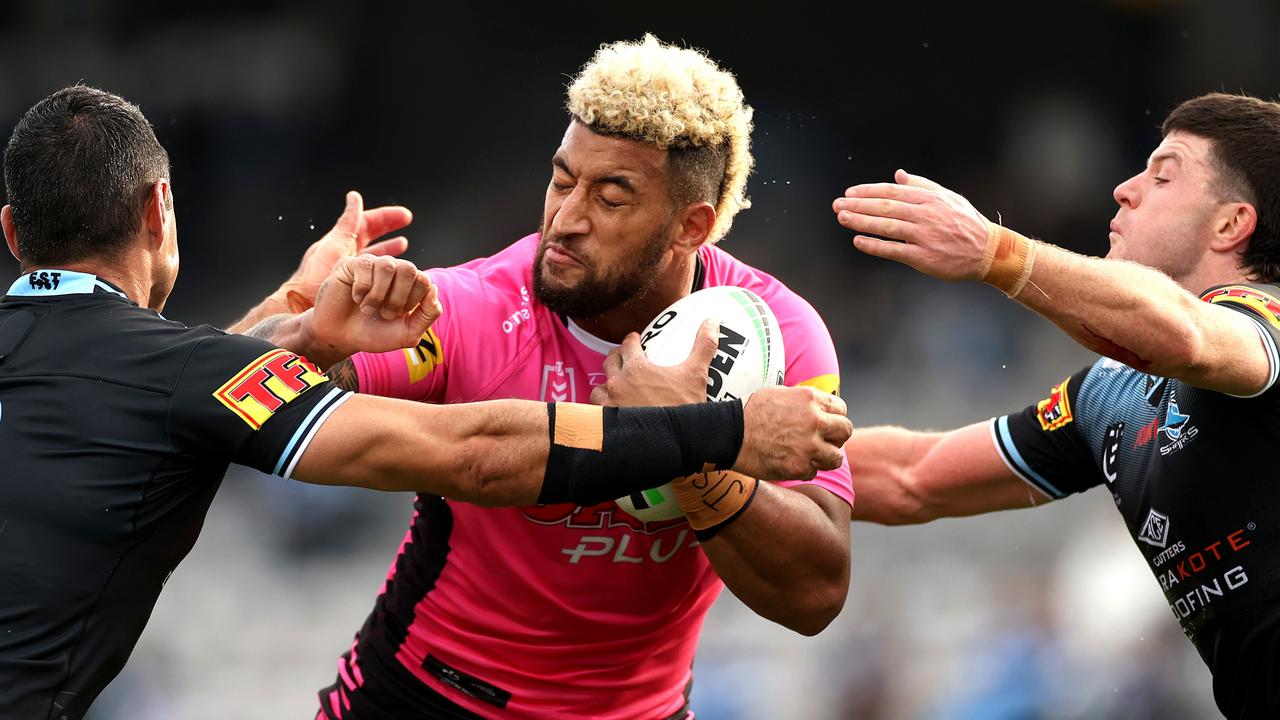 Fiji Bati and Panthers star Viliame Kikau will be eligible to play for the Pacifi c All Star side if the proposal is given the green light by the National Rugby League. Picture: NRL

THERE is a call to form a Pacific rugby league team comprising Samoan, Tongan and Fijian players. Discussions on the topic revealed that the team could be the one to beat internationally.

The call, mooted by former Australia and National Rugby League (NRL) star, Willie ‘Big Willie’ Mason, had been supported by some heavyweights in the sport including Fiji.

“That’s the future of the game,” Mason said.

“Imagine how good a Tongan and Samoan side would be. Chuck Fiji in there, it would be amazing,” Mason told Sporting News.

Fiji Bati stars such as Viliame Kikau and Apisai Koroisau are likely to make the team if given the go ahead.

Mason said the proposed Pacific Islands All Stars side was to be included in the annual All Stars fixture.

The All Stars fixture is an annual event and since 2019, it was reintroduced as an Indigenous All Stars vs Maori All Stars.

“They need to introduce a Pacific or Polynesian All Stars. That will be unreal.”

He said while the idea won’t rival origin matches, he believed it had the potential to be as important to the players.

“You need to be successful, make some money and look after your family. Even one big contract can set your whole life up,” Wille, who has Tongan heritage said.

“Definitely a point of discussion with Asia Pacific board in a future meeting. With the absence and uncertainty of future international matches being played this sort of fixture is something worth exploring.

“I was just going to ask the NRL if they could consider the idea of having a team consisting of Fijian, Samoa, Tonga and Cook Islands heritag.

“We were talking with Peter Beattie, the former Australian Rugby League chairman, and he mentioned that indigenous heritage players make up for more than 50 per cent of the NRL. It is a big statement about the impact we have and can have on the game and its future.

“At this time any likelihood of a mid-year Test for Fiji is narrow, however if we had an indigenous fixture for the boys then that would be a plus, especially considering the future of international events. It is no easy feat, it requires a lot of planning and negotiations.”