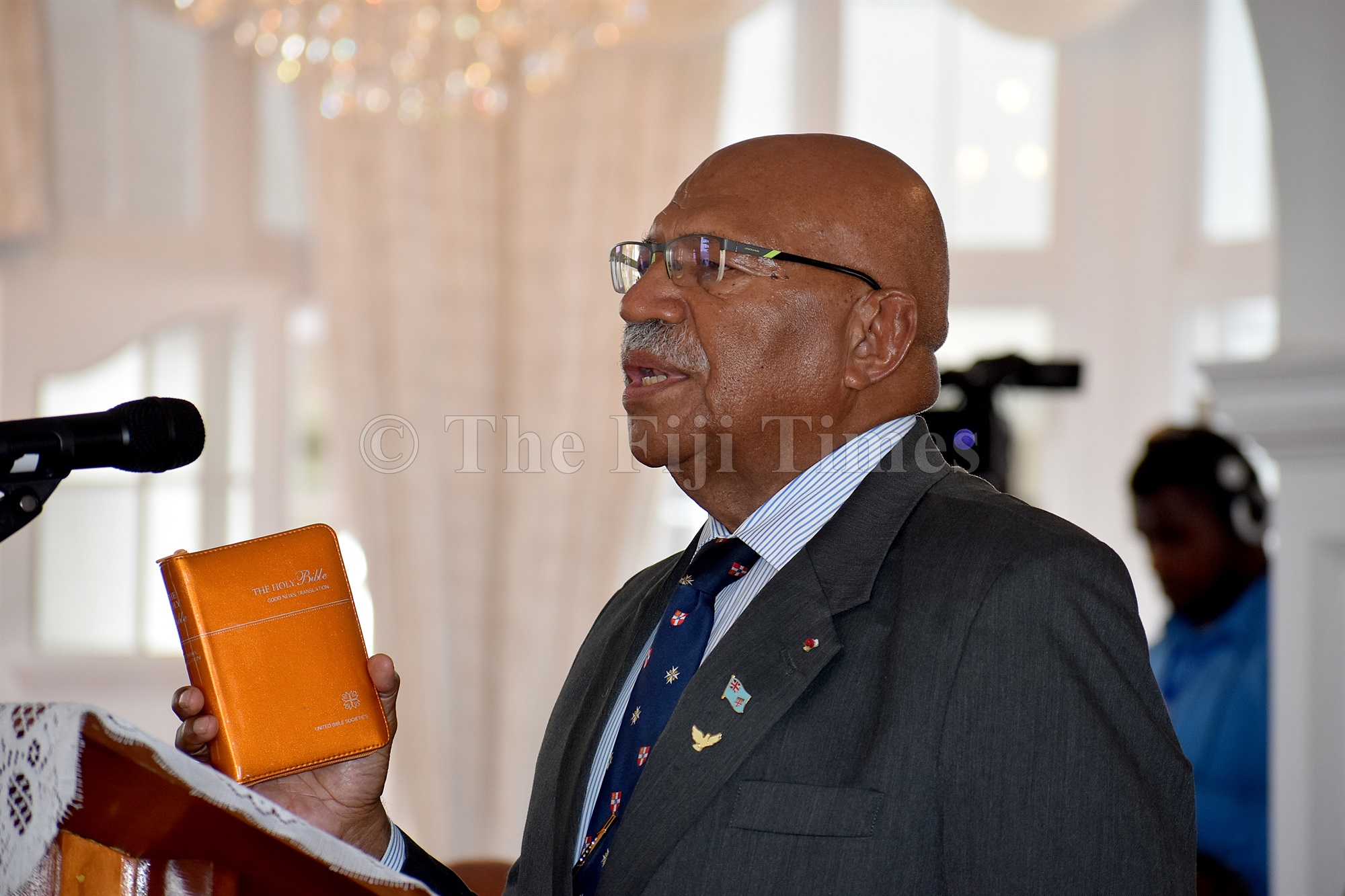 The newly elected Prime Minister of Fiji Sitiveni Rabuka during the swearing in at the state house. Picture: SOPHIE RALULU

As the new year gets underway, there is much to anticipate in the Pacific Islands region. Whether it is politics, economics, Pacific regionalism or the impacts of geostrategic competition, there is no shortage of fodder for discussion and analysis.

The political landscape of the region will be influenced to a large extent by the events of 2022. We saw changes of government in Australia, Nauru, Vanuatu and Fiji, whilst James Marape managed to secure a second term as prime minister in Papua New Guinea.

For the first part of 2023, all eyes will be on Fiji as the coalition Government led by Sitiveni Rabuka works to bed things down and dial back some of the drama that surrounded the aftermath of the elections.

Fiji has had coalition governments before, but not for quite some time. Keeping everyone focused and managing the many and varied expectations of the community at large will prove challenging.

In the Federated States of Micronesia, national elections are scheduled to take place in March of 2023. Tuvalu is also expected to hold elections this year. Snap elections are not out of the question of course, with Vanuatu and Kiribati the most likely contenders in that category.

In the Solomon Islands, Manasseh Sogavare’s government pushed through legislation last year that extended the life of this Parliament, meaning that their next elections will be held in 2024.

Continuing the recovery from the economic impacts of COVID-19 will be a focus in 2023 as it was last year.

There will be challenges across the region. Tourism-focused economies may find that the reliable markets of Australia and New Zealand are less predictable if interest rates and the cost of living continue to increase in those countries.

The new government in Fiji has already flagged that the debt situation they have inherited is going to create some significant challenges. Deputy PM and Finance Minister, Professor Biman Prasad, will have his work cut out for him.

Meanwhile, in PNG the ongoing issues related to restrictions on foreign exchange have already made themselves felt in the new year.

In the Solomon Islands, the Sogavare government is hitching significant economic expectations to the Pacific Games that will be held at the end of this year.

The government expects the games to be the largest single employer in the country by the end of the second quarter of this year.

Whilst labour mobility options will ease financial pressures at the household and community level, significant structural concerns remain and will be the focus of debate in the coming year.

They include persistent abuses of workers in receiving countries, social impacts in sending countries, and concerns about a brain drain from the region.

Also in this sphere, 2023 is the first year of the rollout of Australia’s Pacific Engagement Visa which is an important development in migration.

When it comes to Pacific regionalism, there are some tensions at play that have the potential to cause significant disruption.

This comes at a time where the Pacific Islands Forum (PIF) is working to establish the 2050 Strategy for the Blue Pacific Continent as the blueprint for regional cooperation and the framework for future engagement with external partners.

The fallout from the ‘Micronesian Five’ stoush of 2021 continues. Kiribati remains outside of the PIF, having formalised its exit in mid-2022.

In addition, the compromise achieved in Suva in June 2022 means that the tenure of Henry Puna as secretary general of the Forum will end in 2024.

Therefore, the work to establish his successor, and ensure the transition is much smoother than the last, will need to begin in earnest this year.

The forthcoming transfer of chair of the PIF from Fiji to Cook Islands coincides with an increased focus on deep sea mining.

With the International Seabed Authority expected to formalise regulatory requirements in relation to deep sea mining during 2023, the potential for this to cause rifts within the region is significantly elevated.

Geostrategic competition in the region will continue to be a preoccupation for many, including the international media and commentariat.

There is likely to be more of what we saw last year, with established partners and those who are newer to the region continuing a high tempo program of engagement, by way of visits, announcements and initiatives.

We will see increased diplomatic presence in the region, from the US as well as others. The newly created ‘Partners in the Blue Pacific’ is expected to convene its first meeting later this month.

Questions will remain as to how well aligned these initiatives are to Pacific aspirations and priorities, and the extent to which they are informed and guided by local expertise and Pacific ways of thinking and being.

During this year and into the future there will be an increased focus on the increasingly close intersection between geopolitics and environmental concerns, including those relating to climate change.

This will play out in a number of areas, including the insistence of Marshall Islands on addressing the ongoing impacts of the nuclear legacy within the context of negotiating a renewal of the Compact of Free Association funding with the USA, and the concerns of the PIF about Japan’s plan to discharge waste water containing nuclear contamination into the Pacific Ocean.

The coming year promises to be one filled with interest in our region. As always, there will be much to learn as things unfold.

The author’s Pacific predictions have been produced annually since 2012. This article appeared first on Devpolicy Blog (devpolicy.org), from the Development Policy Centre at The Australian National University.

•DR TESS NEWTON CAIN is the Project Lead for the Pacific Hub at the Griffith Asia Institute and has been an associate of the Development Policy Centre since 2012. The views expressed are hers and not necessarily of the Fiji Times.