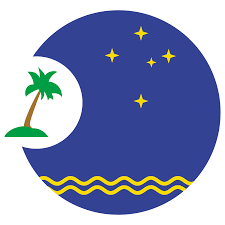 SUVA, 04 JULY 2019 (PACNEWS) – The Pacific Islands are stepping up efforts on the issue of the impact of sea-level rise on baselines, and maritime zones.

Pacific Leaders mandated this work in the Framework for Pacific Oceanscape (FPO) endorsed in 2010.

While the priority in the past few years has been focused on demarcating maritime boundaries and the delineation of maritime zones, science is informing Leaders of the urgency to attend to the issue of the impact of sea level rise on baselines and maritime zones, and therefore the potential adverse impacts on the viability and welfare of the peoples of the Blue Pacific, who are at the front lines of this issue, according to Dr. Filimon Manoni, PIFS International Legal Advisor.

In an interview with PACNEWS, Dr Manoni said the potential permanent inundation of baselines and base points due to sea level rise has far-reaching implications for the peoples of the Pacific. This eventuality has the potential to undermine Members sovereign rights to resources, exercise of jurisdiction, enforcement action against illegal, unregulated and unreported (IUU) fishing activities, and other maritime domain threats, to name a few, in the maritime zones established under the 1982 Law of the Sea Convention, explained Manoni. Leaders had under the FPO 2010, called for regional effort to address the challenge.

In Geneva last month, the President of Marshall Islands revealed that her island nation was considering petitioning the United Nations to ensure that ‘borders continue to remain where they are even thought they are submerged in water.’

“When if people relocate elsewhere, their ownership of a certain piece of the ocean would remain,” ensuring rights to fishing and other marine resources, President Heine told AFP in Geneva. She said some discussion along that line needs to start taking place.

These are the questions that Dr Manoni and leading PIFS experts are working on, to advance the agenda, and to address the challenge and concerns of Member countries who stand to lose considerably, in the face of sea level rise, explained Manoni.

Dr Manoni said a collective effort is needed to address the challenge.  As the issue raises questions of international law, the thinking is that a big part of a lot of work will be dedicated to engagement at the international level, taking advantage of strategic opportunities and processes under the United Nations remit, and high-level diplomacy and advocacy and participation in other international processes.

“In effect, Members have, through their Missions at the United Nations, begun the engagement process on this issue. There is need for the Pacific as a bloc to be proactive, acting as the collective to influence and shape the progressive development of international discussions on baselines and the impact of sea-level rise, said Dr Manoni.

A paper on the impact of sea-level rise on baseline outlining strategies on how to tackle this growing concern from for Forum Island Countries is being considered for submission to the Forum Officials Committee (FOC) when it meets in Suva this month.