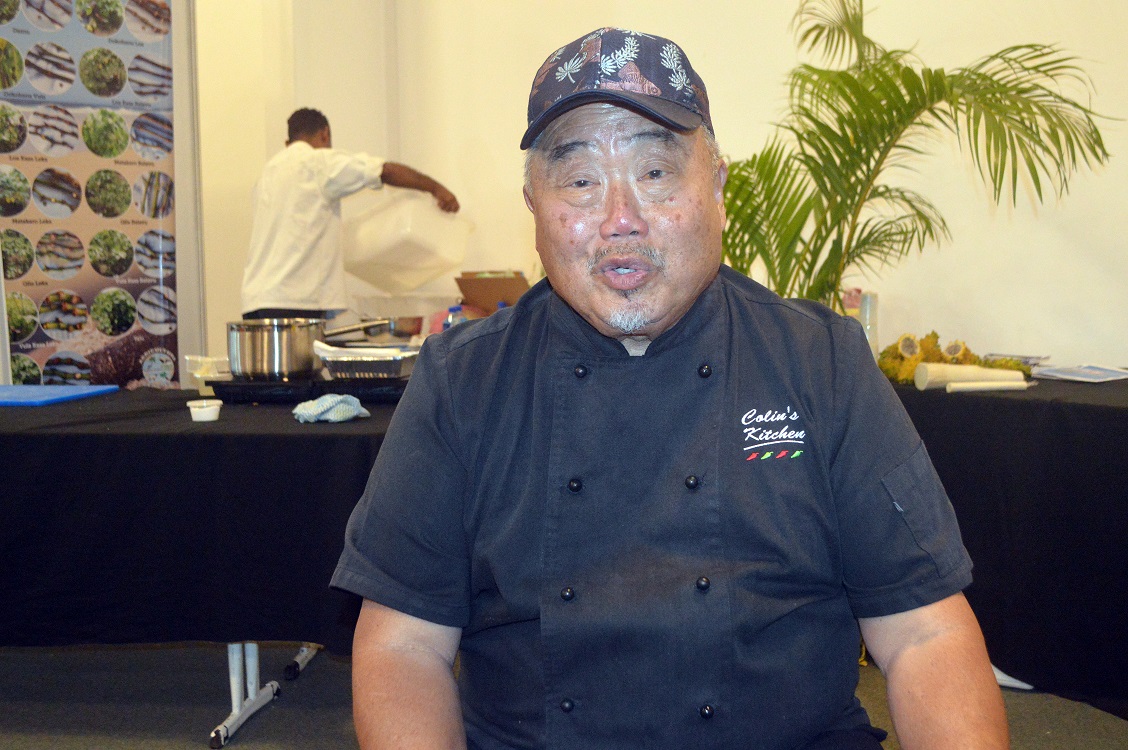 COLIN Chung fell in love with Fiji when he first visited the island in 1974.

He was just a young teenager and Fiji brought him many memories of his island home, Hawaii some 20-years-ago. After spending six months in the country, he unveiled yet another amazing discovery – the abundance of local foods available that are not been put to good use.

Hence was his idea of returning to a small country in the Pacific and investing in its richness and beauty.

He has assisted many Fijians particularly young and aspiring chefs to become successful because, in his words, he wanted them to be successful and help many other Fijians realise the beauty which surrounds their beloved island.

“I’m 75 now, originally from Hawaii but have been a New Zealand resident for many years, I had wanted to see Fiji so I explored many islands during my six months stay here,” Mr Chung said.

“In Fiji, we have an abundance of local foods, fruits and vegetables available around us and people just do not take them seriously.

“There is a need to change the mindset of people who think that everything is expensive here, we need to let people know that if you want the best taste of that local food, there needs to be some ingredients added to them.”

Chef Colin as he is commonly known is the author of the famous Kana Vinaka contemporary island cuisine book, an edition which offers a practical approach to using local, sustainable produce.

His experience began from a very early age where as a young boy was inspired by his two grandmothers in Hawaii to always shop daily in the open markets and grow, harvest and gather local seasonal Maui, Hawaii produce from the forest and the sea. Chef Colin completed a University of Hawaii degree in travel industry management, majoring in hotel and restaurant management and spent his early career in hospitality management in resort hotels, airlines, restaurants and other attractions.

He has travelled widely throughout the South Pacific making valuable contacts and friends and in New Zealand, he has owned and operated several successful restaurants and bars.

And Fiji is one of the countries he has revisited again and again because of his love for its food and natural beauty which grows in abundance all year round.

Chef Colin said Fijians need to make good use of the widely abundant natural foods, fruits and vegetables around them and use the different flavours readily available in supermarkets to add taste to them.

He said it would not cost people much to at least fork out a few extra dollars to buy at least a few flavours to add to their dish.

According to Rob and Lynda Miller of Kaibu Island, the Kana Vinaka contemporary island cuisine book is an appreciation of the Fijian food and his documentation of the cultural importance of food and family.

The cookbook offers a practical and tasty approach to using local sustainable produce rather than imported products.