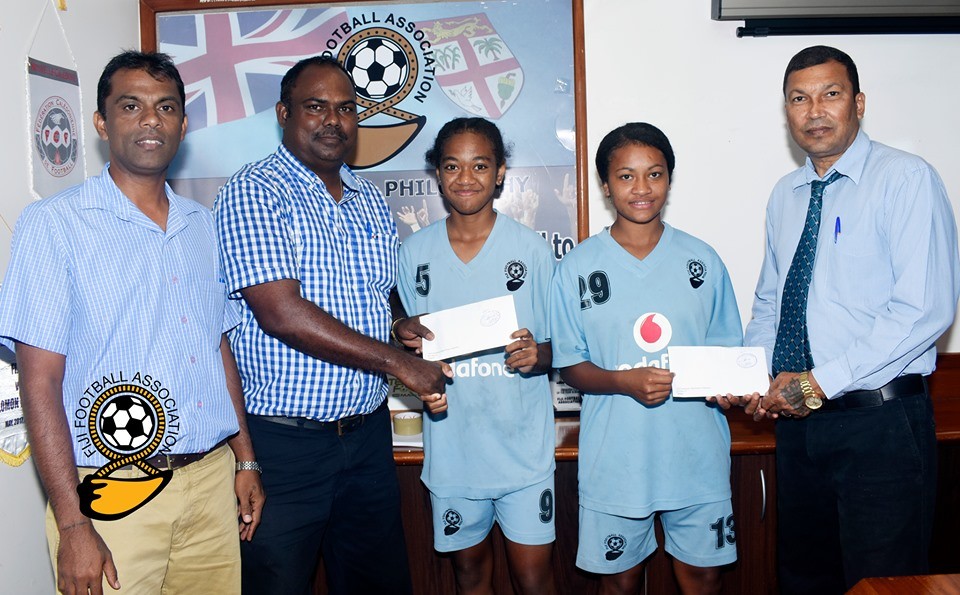 “DO your utmost best, hold the pride of your nation and parents, as well as pride of our school.”

These were the words of Vunimono High School principal Anil Prasad as he bade farewell to two of his students who are part of the Vodafone national women’s football team for the Pacific Games in Samoa.

According to Fiji FA media, while visiting Adi Litia Bakaniceva and Viniana Buke at their camp at the Fiji FA Academy in Vatuwaqa, Prasad presented a monetary gift to his students.

“This is a gift from the contribution of staff and students and we are proud that two of our students are part of the national team,” said Prasad.

“They are representing Fiji and Vunimono High School as a whole and it is an honour from students and staff from VHS to provide some cash assistance to these girls.”

He said this was a form of encouragement and support for them.

The Marika Radu-coached side leaves for Samoa tomorrow and starts its campaign against American Samoa on Monday.