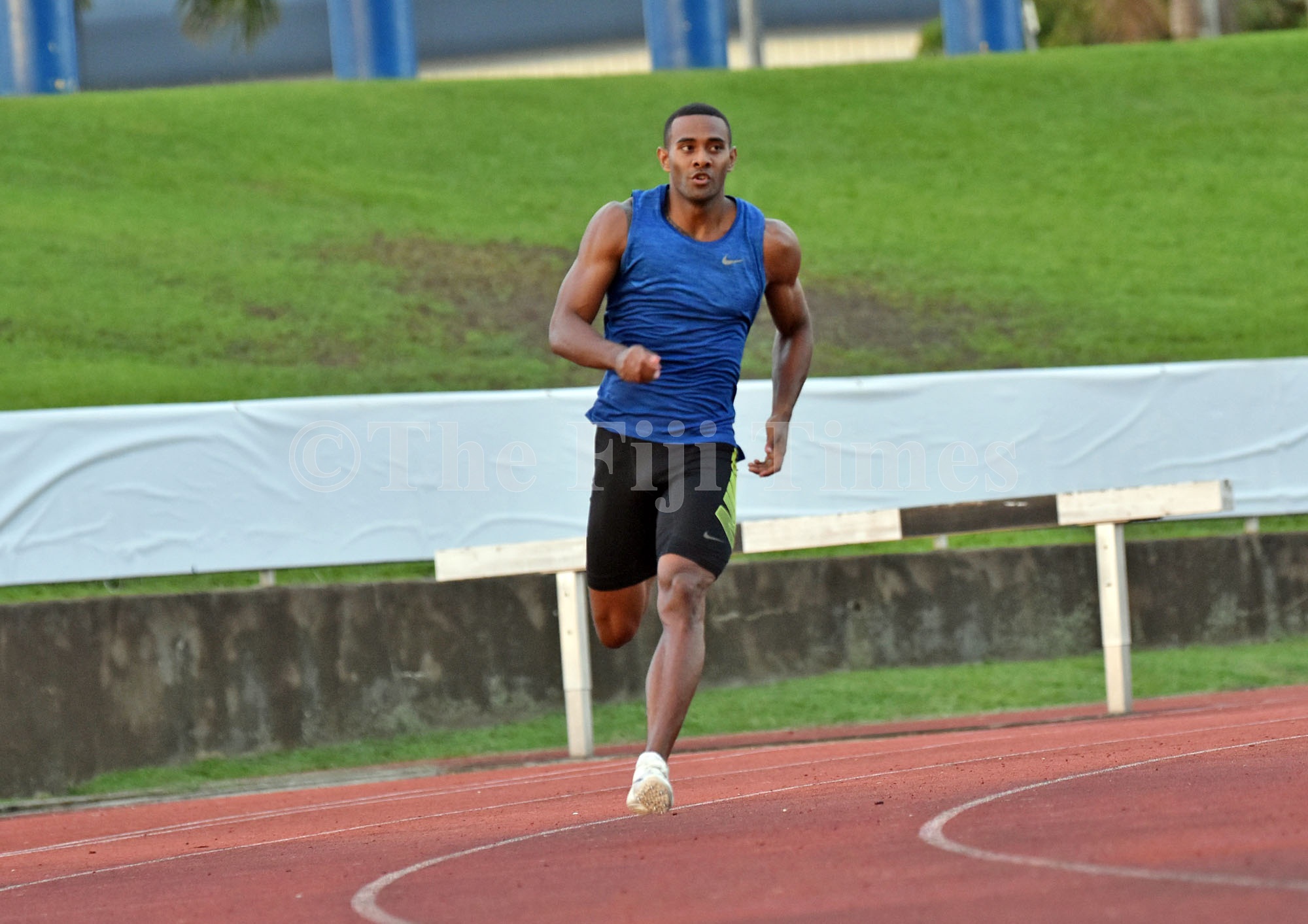 Banuve Tabakaucoro during the athletics training at the ANZ Stadium in Suva on Thursday, May 23, 2019. Picture: JONACANI LALAKOBAU/FILE

DEFENDING Pacific Games 100m champion Banuve Tabakaucoro is capable of retaining and winning gold for Fiji at the Samoa Pacific Games next month.

Former sprint king and 1995 South Pacific Games champion, Jone Delai stressed this in an interview with this newspaper despite Tabakaucoro’s disqualification in the 100m final at the Oceania Athletics Championship this week.

“Definitely, I have hope that Banuve will defend his title and that’s a must,” Delai said.

The assistant coach for the track and field team to the Pacific Games said pressure was one of the reasons of the disqualification.

“It has been a long time he last participated in an international competition. And this is probably his first competition,” Delai said.

“For me it’s all right to be pressured like that so that he can come back and do his best,” he said.

Delai said Tabakaucoro’s disqualification would not affect his performance in defending his title at the Pacific Games.

“As a seasoned athlete and defending champion he will bounce back and is ready to do it again.”

New Zealand sprinter Eddie Osei-Nketia went on to win the gold medal in a time of 10.34s.