Pacific countries side with Israel against UN probe 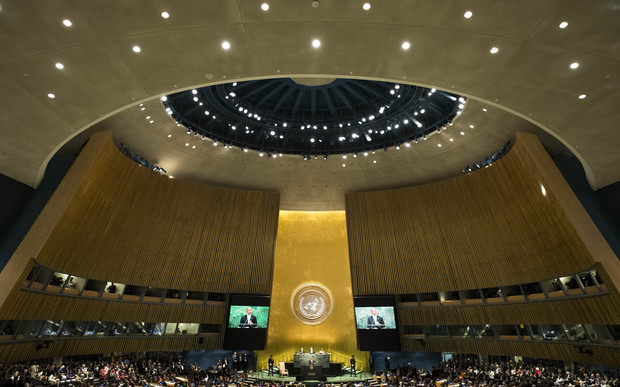 NEW YORK, 12 DECEMBER 2018 (RNZ PACIFIC) – Four Pacific Island countries have voted against a United Nations resolution to investigate Israel over its treatment of prisoners and detainees.

The resolution also called for a probe into Israel’s alleged violations of the Geneva Convention which protects people during times of conflict.

78 countries voted for the resolution and ten against, including Nauru, Solomon Islands, the Federated States of Micronesia and the Marshall Islands.

Also opposed were Israel, Australia and the United States.

The resolution calls for the investigation of the treatment of detainees, including children, women and elected representatives inside Israeli prisons and detention centres within the Occupied Palestinian Territory.

Nauru, the Federated States of Micronesia and the Marshall Islands were also among six nations which voted against a resolution affirming the right of all people displaced by the June 1967 war to return to their homes.

The UN General Assembly adopted a total of nine resolutions on the Israeli-Palestine issue and expressed regret at the underfunding of the UN relief agency helping the Palestinians.

It also expressed concern over attempts to discredit the agency despite its proven record.