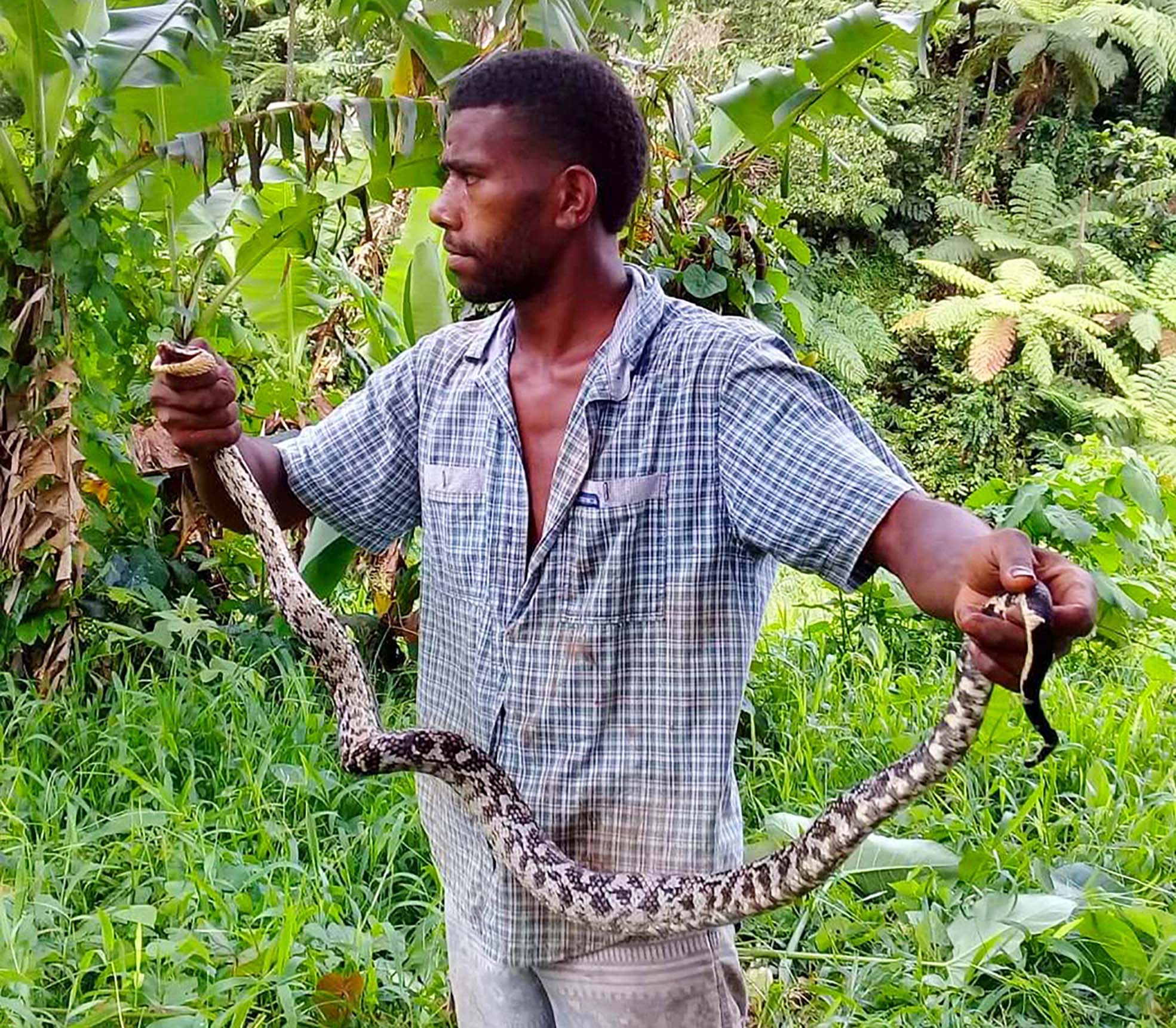 Jone Vunidomona, 24, holds a snake that was found in his village of Vunivisavu in Lovoni, Levuka on Wednesday, January 23, 2019. Picture: SUPPLIED

NATUREFIJI-MareqetiViti has confirmed that snakes found at Vunivisavu Village in Lovoni, Levuka, were the Pacific Boas.

He said snakes were one of the favourite delicacies for villagers.

Ms Tikoca echoed a similar sentiment saying snakes were one of the traditional delicacies in certain parts of the country.