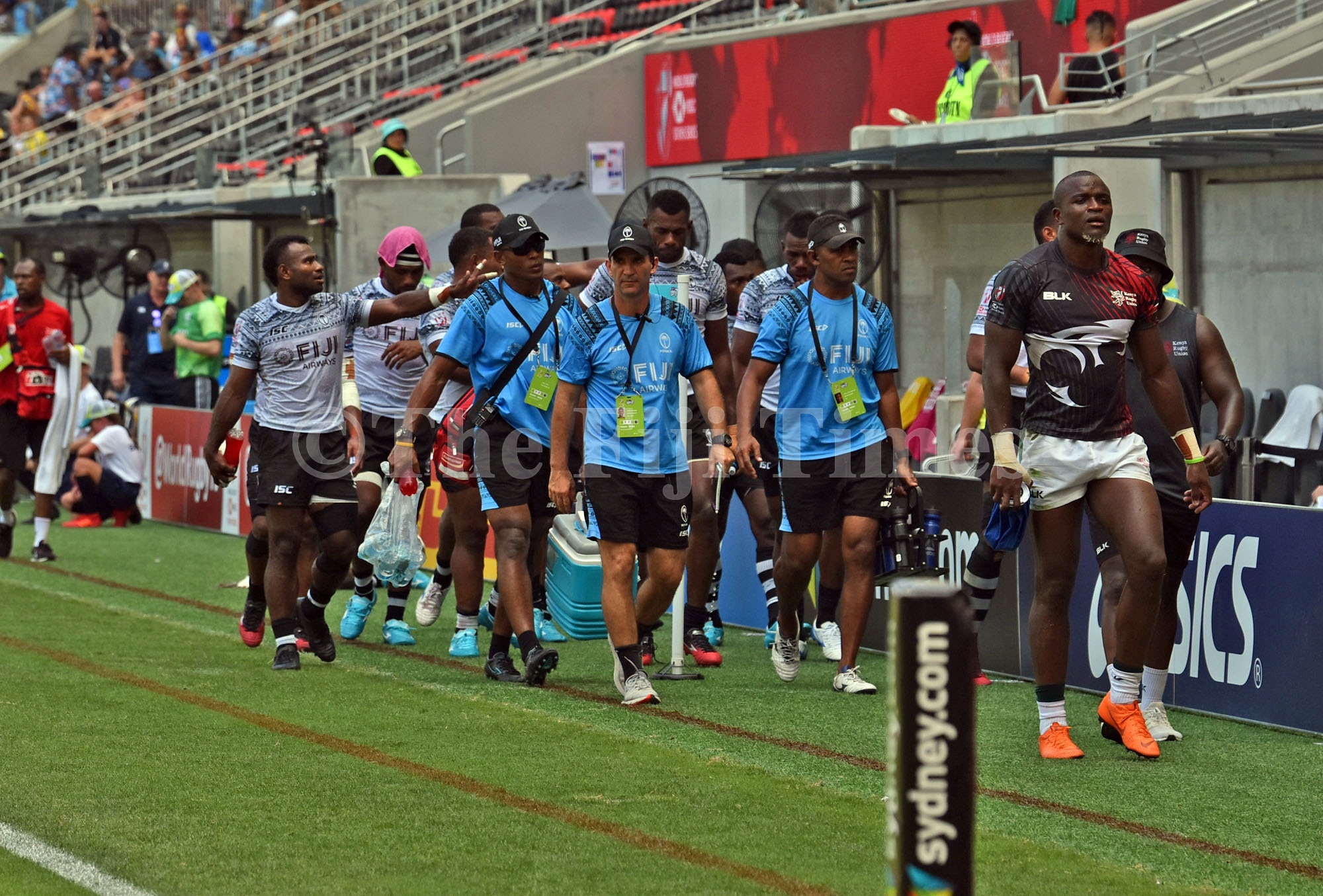 Fiji mens head coach Gareth Baber leads his team after their match against Kenya in the first pool match during the HSBC Sydney 7s tournament at the Bankwest Stadium in Australia. Picture: JONACANI LALAKOBAU

FIJI rugby 7s team head coach Gareth Baber will rope in some overseas based players into his side that will gear up for the Tokyo Olympics in July.

During the team’s training session at the Uprising Sports Centre before they departed to the first leg of the World Sevens Series, Baber revealed that two or three overseas-based players will be part of his campaign in Japan.

Baber stressed that he will only take in overseas-based players who are willing to commit to the team in terms of preparation towards the Olympic Games in Tokyo this year.

“I have been having discussions with players from overseas clubs and most of the players have shown interest but I will need players who are committed to the team.

“I would probably include two or three Europe based reps into the team,” said Baber.

Players such as Josua Tuisova, Semi Kunatani and Semi Radradra had shown their interest to be part of the Olympics campaign.

Baber said they had been having discussions with players from overseas clubs and most of the players had shown interest but they would need players who were committed to the team.

“If any player can join the team for a six-week training session and show that they have the fitness level to work with the team that will be a great advantage for them.”

Fiji is placed fifth in the HSBC World Rugby Sevens Series standings with 53 points and New Zealand maintains the lead with 76 points.

Fiji is the defending Olympic Games gold medallist in the rugby men’s competition.