Outrage in Greece at killing of Kostis, a rare Monk seal rescued by fishermen 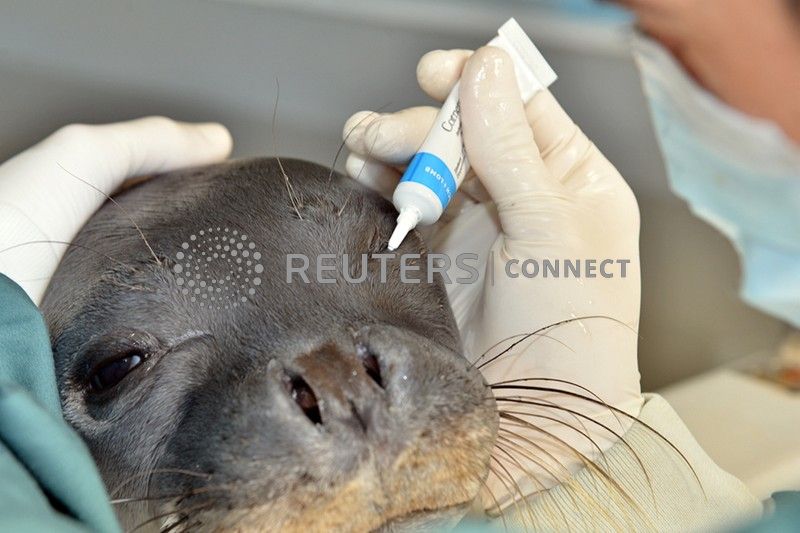 ATHENS (Reuters) – An orphaned Monk seal known as Kostis which had become a local celebrity in Greece after being rescued by fishermen three years ago has been found harpooned from close range, prompting outrage by conservationists and demands to find his killer.

MOm, the Hellenic Society for the Study and Protection of the Monk Seal, a non-profit group that works to protect the endangered species, said Kostis had been deliberately killed in the waters near Alonnisos, in the northern Sporades islands.

“The coastguard alerted us and we immediately went there, and unfortunately confirmed that the animal was dead,” MOm President Panagiotis Dendrinos told Reuters.

He said the seal’s body had been pierced by a long harpoon of more than a metre in length which appeared to have been fired downwards, possibly from on board a boat and he said it appeared very unlikely to have been an accident.

“Everything points to this being done on purpose. The way the animal was hit, the weapon used,” he said.

“It is a terrible and sad event, it has greatly saddened and enraged us, and not only us, but also the majority of residents and visitors of Alonnisos island, who knew Kostis, this seal that hung around the port,” he said.

Alonissos, home to one of the last remaining colonies of Monk seals in the Mediterranean, had taken Kostis to its heart after he was rescued by fishermen as a baby in 2018, apparently orphaned after a storm that washed him away to the island of Folegandros.

Helped by local people, he was looked after at MOm’s rescue centre on Alonnisos and sent back into the wild at the age of 3-4 months, becoming a much-loved mascot for the island.

“We hope that the culprit is found, because this is a criminal act, it is not only an immoral act, it is also illegal,” Dendrinos said.

Monk seals, once found across the Mediterranean, are considered among the world’s most threatened species and only a few hundred are thought to remain in the Aegean or off the Atlantic coast of Mauritania in northwestern Africa.

The local prosecutor has ordered an investigation.