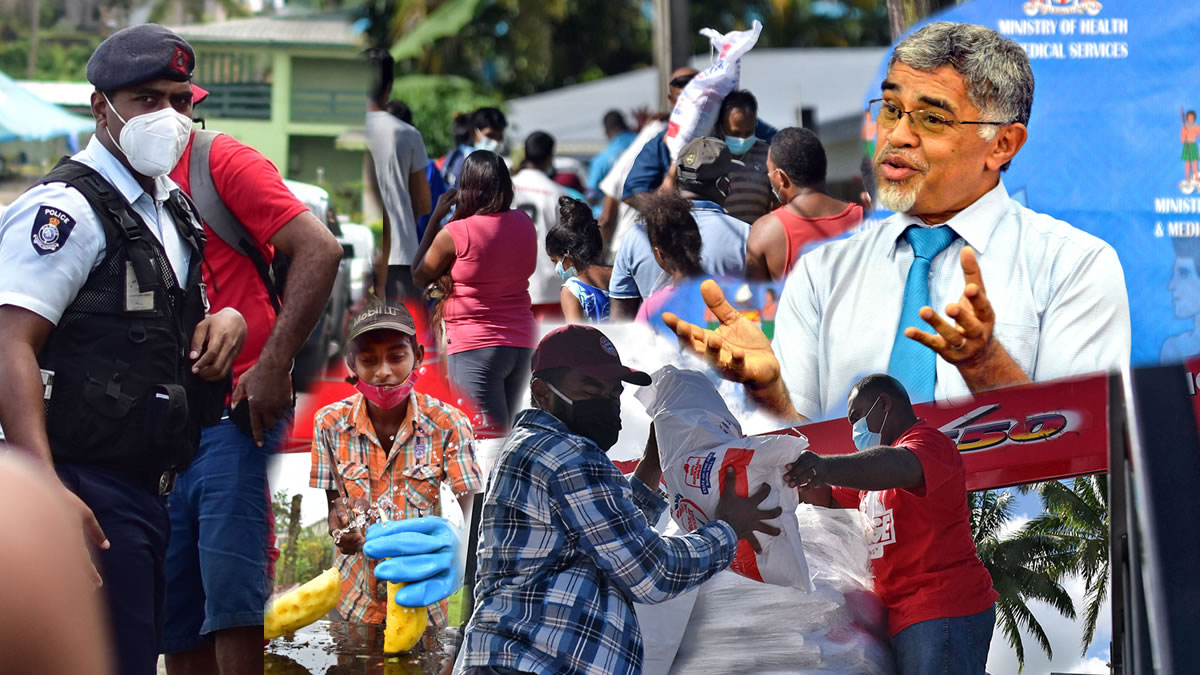 Every day we have different scenarios that add up to make life what it is in our country.

We have always said that there has to be consideration for the fact that people will differ in how they value life, and how they respond to the various issues that do pop up around us.

For instance, let’s consider the daily briefings by the permanent secretary for Health and Medical Services Dr James Fong on COVID-19. Now let’s weigh that against the response on the ground.

Yesterday we reported on good Samaritans in the Northern Division getting together to assist families affected by the COVID-19 lockdowns on Viti Levu.

The Veilomani Drive, initiated by Jackson Tuvici, has been set up to drive support from Northerners wishing to assist.

In the face of that, NGOs and individuals have been out and about daily, assisting and bringing relief to affected families in many parts of the country.

This show of support and initiative is a testimony of the great community spirit and compassion that is out there for affected families. This is what makes Fiji special.

There are people who are willing to give whatever they can, even in the face of their own suffering. However, there is another side to this compassionate show.

Yesterday we also reported that police arrested a juvenile found intoxicated with homebrew at an informal settlement in Suva who was among 29 people arrested for breaching curfew orders and health restrictions.

People living in strategic lockdown areas have allegedly been seen walking around in public, either oblivious to, or ignorant of the potential risk they pose to others.

People have been allegedly seen crossing clearly marked police barriers to get out of or into lockdown areas.

We then consider the emotional scenes at the Labasa Airport the other day when Rashika Devi tightly held on to her mother, and cried. She was returning home to Australia after having buried her dad.

The pandemic meant she couldn’t take her mum with her for a holiday to get over the loss of her father.

She was forced to leave her behind. While in Fiji, she also lost her grandmother, so it was difficult to just leave her mum behind. These are the realities we face.

The pandemic has made life tough for many people. Right now, what the majority want is for us to return to some level of normality.

We realise life is never going to be the same again. We know we must adapt to the new normal. Our challenge though right now is to reduce the number of cases popping up daily.

That will mean a united front, and great sense of responsibility.

This unified effort must involve us all, and we can only hope that every Fijian will bring out the compassion, consideration for those impacted negatively, and a sense of purpose.