Our role in fighting crime 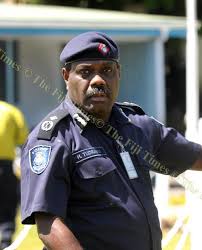 IT is encouraging to note that the police have assured tourists and visitors intending to travel into Suva this festive season that the city is safe.

That’s the word from Deputy Commissioner of Police Rusiate Tudravu.

He said police were trying their best to help curb the issue of grab and run incidents happening in urban centres.

“I think there were travel advisories too issued in that regard and I want to reassure the tourists and visitors coming to Suva that everything is safe and we’re trying our best,” DCP Tudravu said.

Now that we are into the festive season, he said, we should expect more visibility of police officers on the streets.

“We will up our tempo as we approach the festive season. Expect a lot of mobility, visibility, visits to nightclubs, visits to picnic spots, a lot of roadblocks will be set up just for the safety of our people,” he said.

We welcome this direction and the announcement and reassurance by Mr Tudravu.

Perhaps it would be prudent to ask the force to get officers back on beat patrol if they haven’t already done that, and maintain consistent visibility daily.

Not just during the festive season!

We are not experts on police matters, however, there is a certain level of expectation of our force, and visibility does bring about reassurance.

It does raise our sense of security and may well work as a deterrent for criminals in our urban centres around the country.

It’s interesting that police have also warned motorists to be aware of their surrounding when carrying valuable items while driving.

This follows investigations into recent cases of grab and run thefts.

Mr Tudravu also called on the public to be wary when approaching ‘T’ junctions.

“If you have valuable items in the car, don’t leave the glass down,” he warned.

The recent spate of muggings in the Capital City haven’t done any good for the image of our city.

These thugs appear to be at home in the capital, assaulting and stealing from unsuspecting people.

It is time we took back our city from such thugs who have damaged its reputation.

That means supporting our police force to ensure our security and wellbeing.