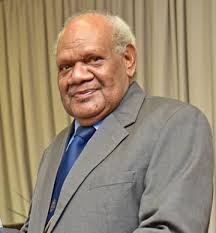 HONIARA, 20 MAY 2019 (SOLOMON STAR) – Newly elected Speaker to the Solomon Islands Parliament Patterson Oti says one of his immediate tasks is to relook at the timing for the Parliament to sit after the Members were elected.

Speaking for the first time to local journalists, the new speaker told the media that its more than six weeks now before the first meeting of Parliament was convened.

“These are some of the issues I’m looking at and how can we improve it so that our people can have confidence in the Parliament and members that they are elected,” he added.

He emphasised that the timing of elections and the first meeting of Parliament is so critical.

“I just don’t understand why we just have to drag the whole thing up until now.

“When we continue to drag things people will no longer have value in what it is that they put Member in Parliament for if they are not engaged in the process and proceedings for which they elected in the first place,” Oti emphasised.

He said the first meeting of the Parliament should be as soon as possible not more than two weeks in his view.

“I understand the different logistics of getting the different Member to the main capital but that’s the priority that parliament must meet immediately after the election,” he added.

These are constitutional issues he would like to propose to the government and also to the wider public for broad discussions.

“I hope this can be driven through parliamentary services and to ensure that we engage different stakeholders in some of these reforms,” Oti said.

He went on further and said that we need to empower the Clerk of the Parliament to preside over swearing in and the election of the Speaker.

“I feel very sad to see the Speaker of the Parliament preside over his own fate this is inhumane and you don’t do that.

“How can you preside over the election where you don’t know if these people vote for you or the other person,” Oti added.

He said the process has to be independent and not the Speaker presiding over his own fate.

He added that on the dissolution of the parliament the Speaker of the Parliament should vacate the position.

“This are some the reforms I as the Speaker of the Parliament will try and work with my staff to address before my term lapse,” Oti told the media.