Osaka tested but into second round in Melbourne 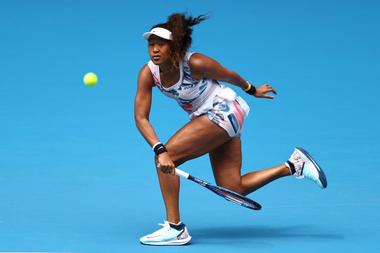 MELBOURNE (Reuters) – Defending champion Naomi Osaka overcame a patchy and error-prone performance to advance to the second round of the Australian Open on Monday with a 6-2 6-4 victory over Czech Marie Bouzkova.

Third seed Osaka struggled in the opening exchanges but broke the 21-year-old Bouzkova twice in the first set, which she clinched with a forehand winner in 36 minutes.

The pair battled with swirling winds on Rod Laver Arena and Bouzkova managed to break in the sixth game of the second set but Osaka, who relied on a big serve and booming ground strokes to get out of trouble, broke back twice again and sealed victory when the Czech sent a backhand wide after 80 minutes.