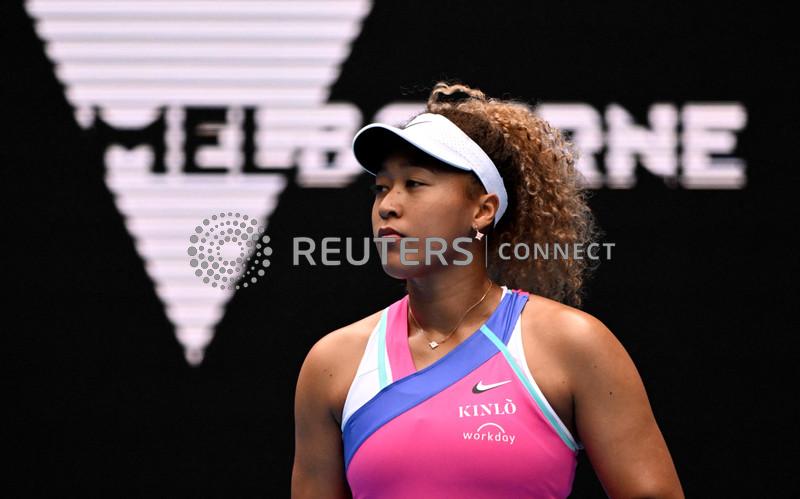 MELBOURNE (Reuters) – Defending champion Naomi Osaka overcame an unexpectedly stiff challenge from Colombian Camila Osorio to reach the second round of the Australian Open 6-3 6-3 on Rod Laver Arena on Monday.

The Japanese former world number one looked all business as she raced to a 5-0 lead in the opening set but a first hold of serve invigorated Osorio, who then started chasing down everything Osaka threw at her.

Osaka needed to save two break points to hold serve for the first set and faced two more in the second stanza before overpowering the inexperienced world number 50 with her aggressive shots from the baseline.

“It always feels special to come back here,” said the 13th seed, who will next face Dayana Yastremska or Madison Brengle as she seeks her third Melbourne Park title.

“I thought she played amazing. Overall I’m just happy to be here, I’m happy to see everybody in the audience and I hope we gave you a great performance.”