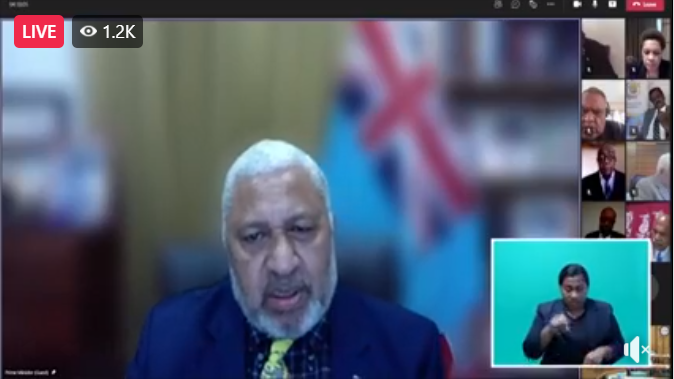 Prime Minister Voreqe Bainimarama says an effort to organise a protest by canefarmers against Government “fell flat on its face” and failed because “canefarmers know manure when they smell it”.

The PM, who is also the Sugar Minister, said Opposition members were calling on canefarmers to boycott harvesting this year in an effort to leave them destitute while politicians rode to their fame.

Speaking during the budget debate, he said the ministry had protected canefarmers’ interests through the pandemic by maintaining a stable guaranteed price of $85 per tonne.

He said the promise from Government had put food on the table in canefarmers’ homes.

Mr Bainimarama said Government was guaranteeing the payment of $85 a tonne for two seasons.

“Government has stayed with the canefarmers, we have worked in their interest, they know that, and they trust this Government to do what we say we will do,” he said.

“I want to thank our farmers for choosing their livelihoods over the lies being told by the demigods.

“You will always find your Government in your corner.

“Next year, you will see the same so-called leaders go to great lengths, yet again, to use you to help themselves.

“Cast them aside and let’s work together freely and harmoniously to prosper together.”