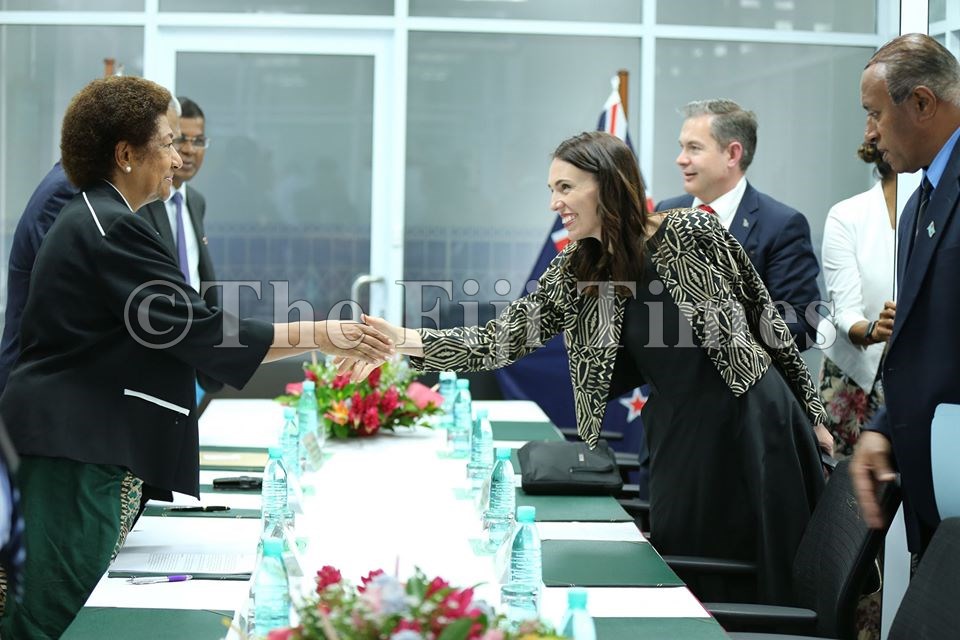 OPPOSITION members of Parliament who met with New Zealand Prime Minister Jacinda Ardern on Tuesday raised several issues they believed were pertinent to their work.

Speaking to the media later, Ro Filipe said “they had a very good meeting” with the visiting NZ PM.

“We acknowledge the New Zealand Prime Minister for coming to see us and also hearing issues we felt were important,” he said.

Ro Filipe said the issues included preparations for the 2022 poll and the 2014 and 2018 general election reports which they claimed were “not fair” for various reasons.

“The Australia and New Zealand Governments – they work with the multinational observer, that’s how they determine how they saw the election, so they considered it free and fair.

“But our concern is the multinational observers’ terms of reference are limited and it has to be cleared by the Government of the day when elections are being held.”

He said the Opposition raised those issues with PM Ardern for her awareness and to also highlight the difficulties they faced as the Opposition in engaging with Government.