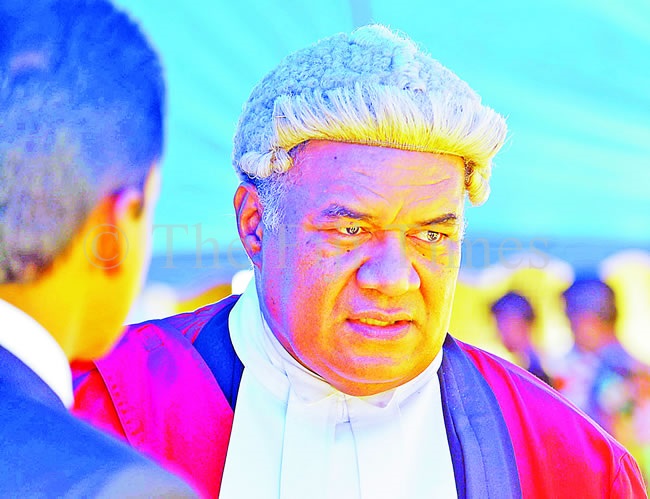 The Fiji Law Society says the opposing decisions of two High Court judges may create uncertainty about how the law is applied and “more importantly affect public perception of the judiciary”.

Society president Laurel Vaurasi said Acting Chief Justice Kamal Kumar’s declaration that Justice Salesi Temo’s decision to review 51 breaches of COVID law cases were a nullity “has caused much public discussion and confusion” about the scope and exercise of his powers, as well as the correctness or otherwise of Judge Temo’s decision.”

“This is an undesirable situation,” she said. She said public confidence in the judiciary was critical and was “built on the impartiality, independence and competence of the judiciary.”

“As trustees of the rule of law, the judiciary administers the law not for its own benefit, but for the benefit of the public, ensuring certainty and guidance on the application of the law also for the courts and legal practitioners.

“All decisions by a court must be based on law, adhering to the legal process Parliament has set out, be it the review or the appeal of a decision.

“All parties affected by either decision of the ACJ and Justice Temo have the right to issue proceedings to review those decisions.

“FLS is considering its options.” The controversy began on May 14 when Justice Temo delivered a judgment on 51 cases on breaches of COVID-19 laws by magistrates in Suva, Nausori/Tailevu, Vunidawa and Savusavu.

Justice Temo set aside the fines imposed by the magistrates courts in 49 of the cases, ordering the magistrates to re-sentence all of those involved in the 49 cases and laid out guidance on how sentences should be imposed.

Justice Temo criticized hefty fines of between $300 and $2000 imposed on offenders who did not have the financial means to pay such fines.

He said in the rush to implement penalties on those who breached COVID-19 restrictions, magistrates “appeared to have forgotten” the supreme law of the land and violated Section 11(1) of the Bill of Rights in the 2013 Constitution.

Justice Temo described the reviewed sentences as “cruel, inhumane, degrading or disproportionately severe treatment or punishment,” given the personal and financial circumstances of the offenders.

But on Monday Acting Chief Justice Kumar issued a statement through the Department of Information saying Justice Temo had no jurisdiction to review and set aside the fines.

He said the orders made by Justice Temo were “a nullity” and instructed magistrates not to follow them. Justice Kumar said under Section 260(2) of Criminal Procedure Act 2009, Justice Temo could only exercise his discretion to review magistrates’ decisions “upon receipt of a report under the hand of the Chief Justice which requires that such action be taken”.

Justice Kumar said that he, as Acting Chief Justice, did not provide any report to Justice Temo requesting him to review the magistrates’ decisions.