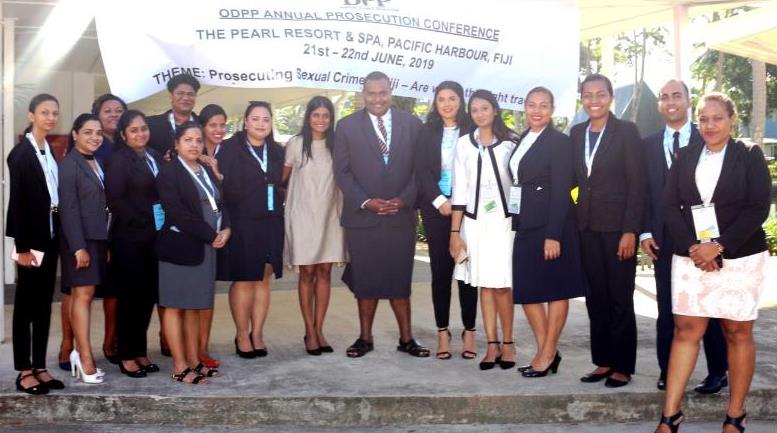 THE 2019 Office of the Director of Public Prosecutions (ODPP) Annual Prosecution Conference was an important opportunity to share experiences with the private defence Bar, the Legal Aid Commission and non-government organisations in order to understand “if indeed we are on the right track in prosecuting sexual crimes in Fiji.”

DPP Christopher Pryde highlighted this while welcoming the 120 participants to the conference last week.

Mr Pryde also announced that the ODPP will shortly be releasing revised Guidelines on Prosecuting Child Sexual Abuse cases and other crimes against children as well as reviewing and updating the ODPP Prosecution Code.
Later this year, the ODPP will also be appointing a victim support officer with in the ODPP Child Protection Division.
Participants at the conference included the Deputy Commissioner of Police, Permanent Secretaries, senior civil servants, members of the judiciary, non-government organisations, members of the Fiji Police Force as well as police prosecutors and officers of the ODPP and Legal Aid Commission.
Various keynote speakers during the conference spoke on the theme ‘Prosecuting Sexual Crime in Fiji -Are we on the right track?’