Opinion: Kiss and a bear hug 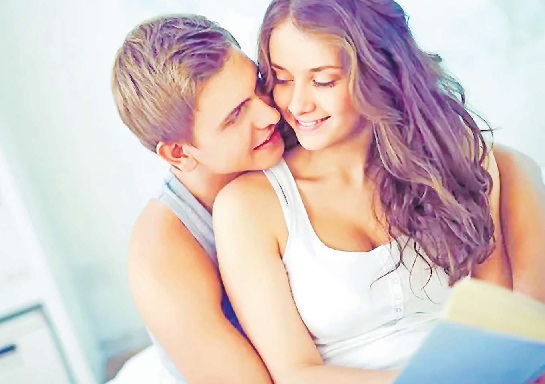 A simple hug is enough to patch up the fights and differences. Picture: https://stylesatlife.com/

“Are you a hugger? So when was the last time someone gave you a bubu kiss and a bear hug? Ever since our children were little we would always hug and kiss them and tell them repeatedly how much we loved them. Even though they’re both now in their 40s, we still do it today.

And we’ve continued the tradition with our grandchildren including close family and friends. And our children do it with their close friends. Although the pandemic put a little dampener and hold on hugging for a while, whenever we see our closest family and friends we welcome them with a hug.

But why’s hugging so important? Physical contact through hugging, according to the experts, suggest it’s a sure way of sending a powerful message to the person you’re hugging that you love and care for them. The warm embrace is like an affirmation expressing special affection which tells the person they’re important, respected and much loved.

It also helps lift and grow their self-esteem. Many years ago, studies revealed that babies would become stunted in their growth without the loving touch of human hands. Now recent studies show there are a myriad of other benefits in hugging. According to recent research, hugging can lower blood pressure, lessen stress by reducing levels of stress hormones such as cortisol. Hugging, the experts claim, can also improve heart health and reduce the incidence of strokes and heart attacks.

It can also increase feelings of self worth and engender safety and security. It also improves our emotional well-being. Hugs can also make people feel less depressed and alone. Hugs have been known to improve the immune system too. And people who receive daily hugs live a more fulfilling life and sleep better.

When you think about how we were all safely cocooned in our mother’s womb and “hugged” for nine months, that should be a simple pointer to why we all need the warmth and loving embrace of hugs throughout the rest of our natural life.

The closeness of that safe place where we were fed and nurtured to finally arrive in the world, should be a lesson in why having hi-touch human interaction is vital to our well-being. Hugging also releases endorphins or what’s sometimes referred to as the “feel good” hormones.

It’s been known to improve circulation and can help benefit people struggling with chronic pain. So if we know hugging’s good for us, why aren’t more of us doing it? For some strange reason there are people who feel embarrassed about hugging. And if you ask them why they feel this way, there’ll give you a host of different reasons. For some, it’s how they were raised. If hugging wasn’t a part of the family tradition then there’s the likelihood it most probably won’t figure when they have a family.

There are also cultural and religious boundaries and sensitivities that can sometimes play a role in why some refrain.

Others just feel plain awkward about hugging because they consider it a weakness to show a gentler side of their nature. For some, it feels like an invasion of their personal space especially when they see someone with their arms raised ready to give them a big bear hug. They feel repulsed because they can’t stand people touching them. And this could be because of a traumatic experience they encountered while growing up.

So hugging could make them feel vulnerable and fragile and not in control. Hugging for lots of people is a pleasurable experience.

There’s a certain amount of chemistry that happens in a hug too. For example, experts have discovered levels of Oxytocin are released in the body during hugging.

Oxytocin, according to the scientists, plays an important role in social bonding, reproduction, childbirth, and the period after childbirth. Some refer to Oxytocin as the “love drug” because it’s associated with empathy, trust, sexual activity including relationship building. And would you believe, levels of Oxytocin increase during hugging and orgasm.

Hmmm. Perhaps, if we all engaged in more hugging, the world might be a better more happier place.”