Opinion – Fijian households: An update – Information is finally out 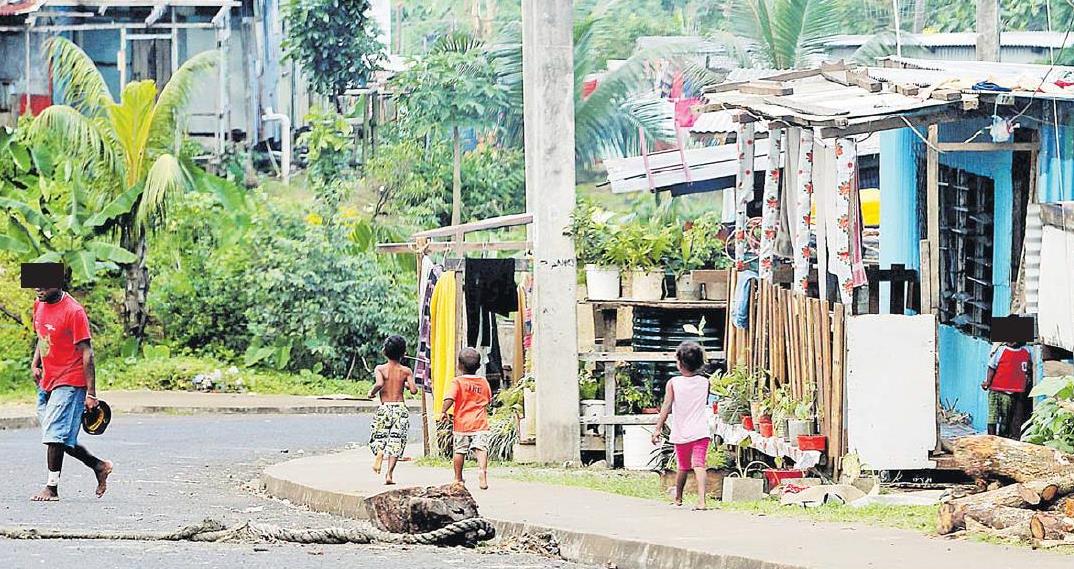 An informal settlement at Samabula in Suva. Picture: FILE/ATU RASEA

Last week, without any grand announcements, the Fiji Bureau of Statistics put on its website its Report on the 2019-20 Household Income and Expenditure Survey.

Prepared with the assistance of personnel from World Bank and Bristol University, this Report is a “must read” for academics and policy makers.

It is absolutely full of fascinating statistics and stories, even if some findings can be debated until the cows come home.

Importantly, for the first time in 10 years, the survey presents important poverty and population statistics by ethnicity.

Much of this is quite useful for policy makers, some news being positive, some negative.

There is solid conclusive evidence that some of my earlier dire warnings on the trend of increasing poverty of the iTaukei, have come to pass.

In 2019-20, some 36 per cent of the iTaukei population were below the Basic Needs Poverty Line, as opposed to (a much smaller) 20 per cent of Indo-Fijians.

Moreover, iTaukei now comprised some 75 per cent of the poor in the country, with Indo-Fijians comprising only 23 per cent (a real turnaround from 2002-03 HIES results).

This 2019-20 HIES Report also has an astonishing array of statistics on multidimensional perspectives on poverty that should be of great interest to poverty alleviation stakeholders.

Fiji’s academics at the three universities and civil society organisation stakeholders need to work together with the FBS and other government departments.

They should organise workshops around Fiji to discuss many of the interesting findings in this report, as well as those that have not been reported on.

The FBS staff members are to be commended for convincing the Bainimarama Government to release the report with all its ethnically disaggregated statistics.

The Bainimarama Government needs to be commended for releasing these statistics, regardless of how political parties use or misuse the statistics.

Fiji can only benefit if truth prevails, backed by hard facts produced by a neutral and apolitical Fiji Bureau of Statistics, and used by proper professionals in every fieldsocial welfare, education, health and others.

My pleas for 10 years

In March 18, 2012 (unpublished in Fiji) I had argued (Pacific Scoop, February 7, 2011) that “name changes by military decree” were not useful for society, especially when it was accompanied by a Government decision to not
publish statistics by ethnicity.

For 10 years following that I have been arguing through many articles in The Fiji Times that while it was perfectly OK for the Bainimarama Government to insist on a policy that “we are all Fijians” and that “all Fijians will be treated equally”, it was counterproductive to stop the Fiji Bureau of Statistics, to stop publishing statistics
by ethnicity, as they had previously done, with household survey reports (HIES and EUS) and even the 2017 Census.

I had argued that different ethnic groups had different development needs which needed ethnically disaggregated data.

Indo-Fijians had heightened needs in the massive increases in proportions of the elderly that were in the process of engulfing age care services as well as many NCDs especially affecting Indo-Fijian males.

I had especially argued that as with Australian Aboriginals, globalisation had a strong tendency to leave behind indigenous communities, globally and in Fiji.

So indeed it has proven.

The Report on the 2019-20 HIES presents national estimates of population structures which are absolute vital for the differential needs of the ethnic groups.

For the population aged 0 to 14 (indicator of the burden of early childhood, primary and secondary education demand) they comprised 34 per cent of iTaukei and a much lower 21 per cent of Indo-Fijians.

This education burden must increase on iTaukei even more over time.

The population of 65+ (an indication of the burden of looking after the elderly), comprised 4.9 per cent of indigenous Fijians, but a much higher 8.4 per cent of Indo- Fijians who will face greater such burdens over time.

But perhaps of greatest interest and concern are the results on poverty.

Direct comparisons cannot be made with the results of earlier HIES reports because the methodology of estimating the incidence of poverty has changed from using income as the criterion to consumption expenditure, in keeping with current practice of the World Bank and other Pacific countries.

But the 2019-20 results indicate an enormous worsening of poverty for the iTaukei of whom 36 per cent were found to be below the Basic Needs Poverty Line, compared to a much lower 20 per cent of Indo-Fijians.

The gap between the two ethnic groups had never been this wide in the previous 2008-09 HIES results or in the 2002–03 analysis where, to the contrary, IndoFijians were found to be poorer than the iTaukei.

Even if the incidence of poverty cannot be directly compared with the earlier HIES results, what can be compared is the percentage share of poverty alleviation resources that ought to go towards the two ethnic groups on the basis of need.

This on how poor each household is (how far below the Basic Needs Poverty Line), and how many poor households there are of each group.

Over the past decade, the number of iTaukei households and persons in poverty has been rising rapidly, relative to that of Indo-Fijians.

The latest report indicates an enormous shift in the need for poverty alleviation efforts towards the iTaukei, although of course the needs of poor Indo-Fijians should also be addressed.

The 2019-20 HIES Report has a whole range of statistical results that ought to be on the national dialogue agenda for stakeholders so as to better focus their poverty alleviation measures.

The results on incidence of poverty (and food poverty) is given by the usual geographic parameters (rural/urban, divisions), characteristics of heads of household (such as age and employment status), housing tenure, land tenure, access to essentials (electricity, water supply, cooking fuel, toilet facility, durables).

There are even rates of poverty (and food poverty) by religion of the household head – Christian (35%), Muslim (23%) and Hindu (19%) (which are probably more driven by ethnicity than religion).

All the above issues are addressed in large and fascinating section on “multidimensional poverty and deprivation” which allows policy makers to focus on all the essentials of life which make for a decent quality of life.

This approach of course goes beyond just using dollar values for consumption, expenditure and incomes as the criteria.

The FBS 2019-20 Report discusses the broad material needs of adults, children and the elderly, from many points of view, including the characteristics of the household head (a debatable approach perhaps).

The 2019-20 Report also has interesting statistics on the coping mechanisms that are used by households, nationally and by rural and urban (I am sure there can be other variables as well).

But worth pondering is that in order of importance, the coping mechanisms were:

Of course, it is unclear whether state subsidisation of education, which has increased enormously under the Bainimarama Government, was in any way incorporated in these statistics on “help from Government”.

Overall, academics and social welfare practitioners will find that there are many debatable results and approaches in the report.

But that is the case with poverty analysis everywhere in the world, not just in Fiji.

The important thing is that at least the Fiji Bureau of Statistics is now giving the public some hard neutral ethnic data which can and should inform political debate, rather than bitter political prejudices and dogma.

I hope that demographers like Dr Martin Bakker and Dr Kesaia Seniloli will now be able to get the necessary ethnically disaggregated 2017 Census statistics from FBS to conduct their vital demographic analysis of fertility and mortality, in order to project accurately, Fiji’s population into the future.

Government would do well to increase its budgetary allocation to the Fiji Bureau of Statistics.