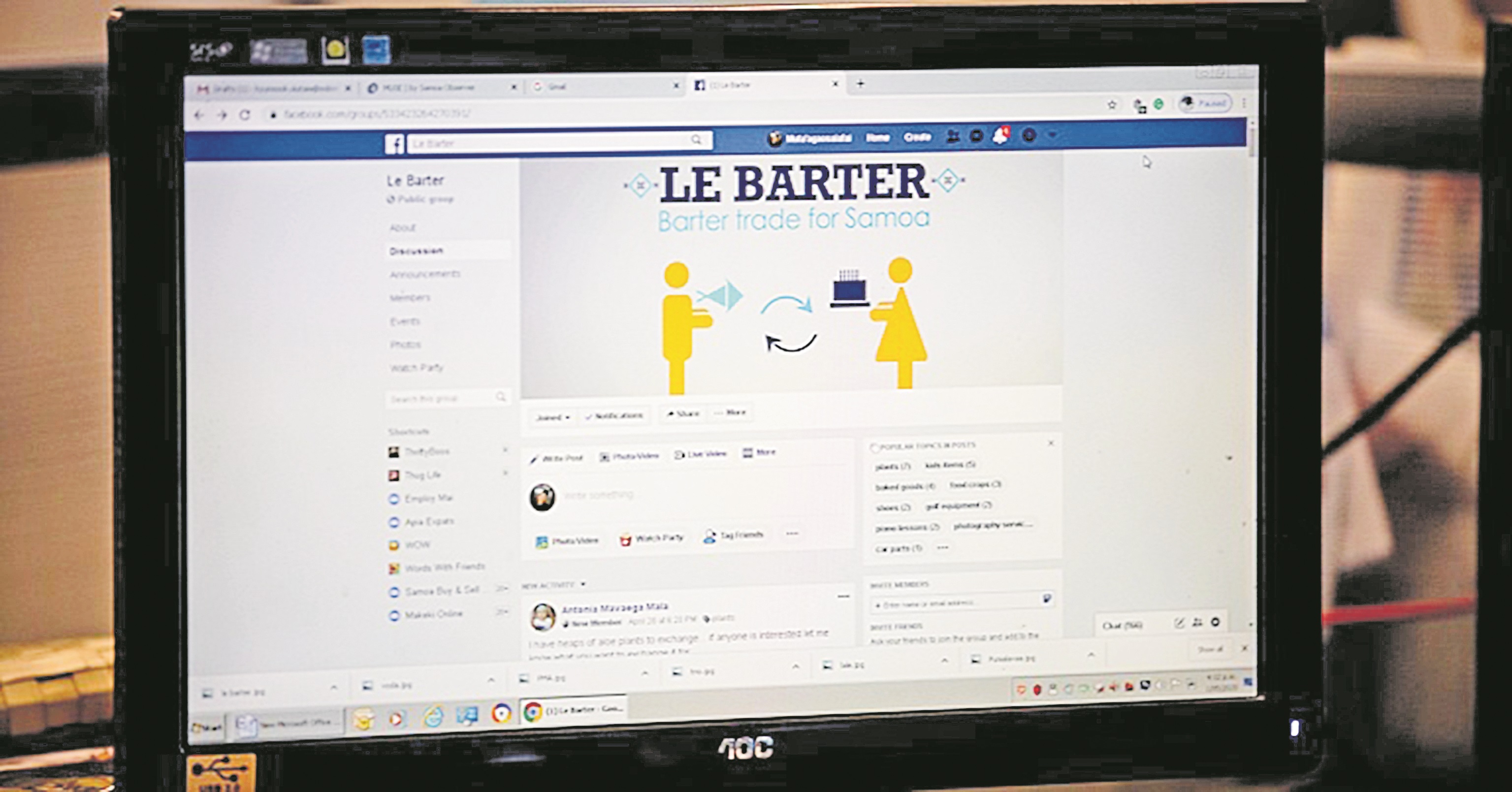 The new trading system is a journey down memory lane in terms of the system used by our ancestors. Picture: Samoa Observer/Francis Faalili

COVID-19 has left few countries unscathed. Pacific Island countries make up many of the few countries still with no reported cases, and while this brings a sense of relief the Pacific is not untouched by the impacts of COVID-19 on primary sources of income. Tourism, a major industry in the region, has been particularly hard hit.

With few flights in or out of the region since March in an attempt to slow down the spread of the virus, tourism has ground to a halt, and the number of unemployed in tourism and affiliated sectors has spiked.

The rates of poverty for those in the tourism sector in Samoa are expected to increase. Massive job losses in neighbouring Australia and New Zealand have also affected Pasifika communities that send money back home.

Remittances are one of the biggest contributors to GDP for Samoa and other countries in the region.

As the availability of disposable income decreases, there has been a re-emergence and formalisation of the Pacific cultural practice of reciprocity and exchange, through social media platforms.

My work colleague used Le Barter with another mother in Samoa, to exchange baby clothes and nappies which her infant had outgrown for some rather delicious scones.

While this may be an example of a small exchange, the popularity of bartering in these two countries can be linked to cultures that support reciprocity and a history that predates the use of cash.

The emergence on social media of a practice that harks back to the past is a fascinating juxtaposition of the old with the new, and the new online platforms add an element of oversight and publicity of exchanges that is acceptable and welcomed.

For those who have been rendered cash poor because of reduced remittances and unemployment, bartering can serve as a buffer against poverty.

This is especially so for those with access to plantations or fisherfolk who can provide a continuous supply of goods to trade.

For those who rely on used household goods for exchange, however, the buffer period that bartering provides may be short-lived and its impact limited.

There are two important questions which emerge from the renewed interest in bartering:

Poverty in Samoa is defined by the Food Poverty Line and the Basic Needs Poverty Line, the latter of which includes essential expenses such as rent and utilities.

An estimated 18.8 per cent of Samoans were below the National Poverty line in 2013, with higher rates among the urban poor in the Apia Urban area (capital) and in North West Upolu.

The definition of poverty remains a debated topic in Samoa due to the variability in access to resources for Samoans who live on customary land or have access to plantations.

Samoans who have access to family plantations or strong connections with family who have plantations, or who reside on family customary land have lower expenses for items such as rent or cooking gas. As with all Samoans, they continue to share expenses associated with cultural expectations, church donations and family events.

Living costs for those in urban areas are typically higher. Those vulnerable and already below the poverty lines in the Apia Urban area are typically burdened by the costs of rental and utilities.

The government has introduced measures to subsidise the cost of electricity for a period of months to reduce financial pressure on families, but this is a temporary measure and does not eliminate these costs.

Renters often have limited access to areas to plant food, affecting living costs, food access and the availability of resources to barter.

COVID-19 has seen higher unemployment rates recorded in Samoa for the March 2020 quarter in the private sector, including in construction (down 5.7 per cent from the same period last year), accommodation (down 5.1 per cent compared with the December 2019 quarter) and service sectors.

The full extent of the benefits of bartering is yet unknown.

This article appeared first on Devpolicy Blog (devpolicy.org), from the Development Policy Centre at The Australian National University. It is part of the #COVID-19 and the Pacific series.