OPINION: Act of God or acts of humans 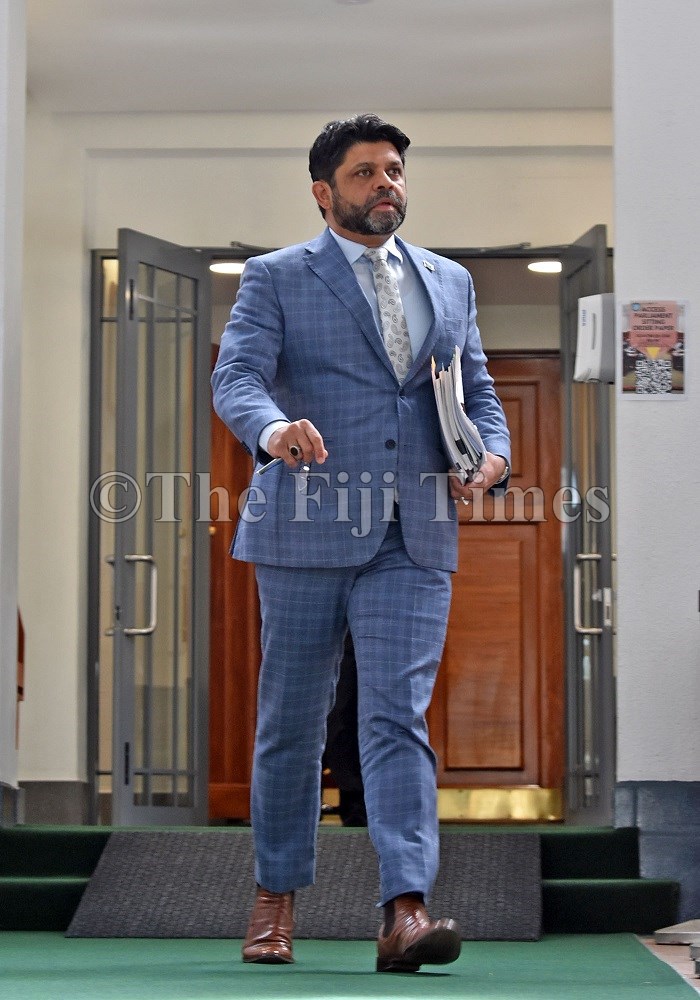 Speaking on a Bill on Thursday, Attorney-General Aiyaz Sayed-Khaiyum said the amendment would “provide a more realistic work environment and conditions to ensure sustainability of jobs and businesses and provides clarification on the meaning of “an act of God” during the COVID-19 period. The A-G also said the Bill clarified that “an act of God” included a pandemic, as declared by the WHO. Picture: FT FILE/JONA KONATACI

The term “act of God” is related to the French term “force majeure” that literally means “greater force or superior power”.

It is used in legal literature to describe that an event is beyond human influence and therefore humans are not held accountable.

Therefore, in the context of business agreements no party can be held accountable when an event is defined as an “act of God”.

The term “act of God” has endured from ancient and accidents arising from inevitable necessity which human prudence could not foresee or prevent.

Black’s Law Dictionary defines an “act of God” as “an overwhelming, unpreventable event caused exclusively by forces of nature, such as an earthquake, flood, or tornado”.

An “act of God” necessarily must be caused by an extraordinary act of nature. For an event to be defined as an “act of God”, it must have no human causality.

Therefore, any event that is caused by human beings is not an “act of God”.

In the legal context, “an act of God” is an event caused by superior powers or forces beyond human influence. Generally, “an act of God”, as a legal term refers to natural disasters.

Whether natural disaster lacks human influence, this is debatable. We know from science that global warming which causes climate change is caused by human beings.

What does God do?

What is the nature of God?

From the Bible we learn that God is a creator.

God creates rather than destroys.

God reveals God-self to Moses as a God who hears the cries of his people and will liberate them from their suffering and oppression. (Exodus 3) God is love.

Love is not merely an attribute of God, it is his very nature. God is not only loving, he is fundamentally love. (1 John 4:8, 16).

Jesus came to give us fullness life.

On Pentecost he breathed onto the apostles and Mary and offered the gift of peace.

The breath of God is the fullness of life.

These are but few of texts in scripture that refer to the “act of God”.

It is not the nature of God to cause suffering.  Human beings can receive the life of God or choose other ways.

When we do not choose God’s love we miss the fullness of life.

Both the Bible and science tell us that the universe was good and gave life.

God saw that the world was good. Science tell us that everything in nature was in a balance and interconnected, so much so that, new life was born.

However, both science and the Bible tell us that chaos entered into the world through humans.

We have lost our interconnectedness because of the way humans have treated mother earth.

Therefore, a lot of the disaster in the world is caused by human beings’ wrong choices.

The chaos and suffering in the world are “acts of human beings” not “acts of God”.

Rather than blaming God, human beings should take responsibility for the events of our history and make good moral decisions.

To blame historical events as acts of God is to avoid taking responsibilities of our choices and actions.

is not an act of God

While the definition of act of God is broad enough to cover any number of “misfortunes and accidents”, courts have developed patterns of rulings to establish what are not acts of God.

Economic downturns, no matter how severe, are not recognised by courts as acts of God.

There is a dearth of case law interpreting act of God language in the context of pandemics or viral outbreaks.

Doubtless, parties whose contractual performance will have been hindered by the coronavirus pandemic will invoke act of God as a contractual or common-law defense, reasoning that an unknown and unexpected natural phenomenon occurred such that their nonperformance of a contractual obligation should be excused.

Meanwhile, parties seeking to enforce contracts or impose liability may seize on the economic fallout of the outbreak and argue that the actual hindering force was not the coronavirus, but its economic effects.

We have to ask the hard questions:

 What caused the COVID-19 pandemic?

 What caused the economic downturn?

 What causes a few people to be rich while many struggle with poverty?

 Who is responsible?

 The views expressed are the author’s and not of this newspaper.