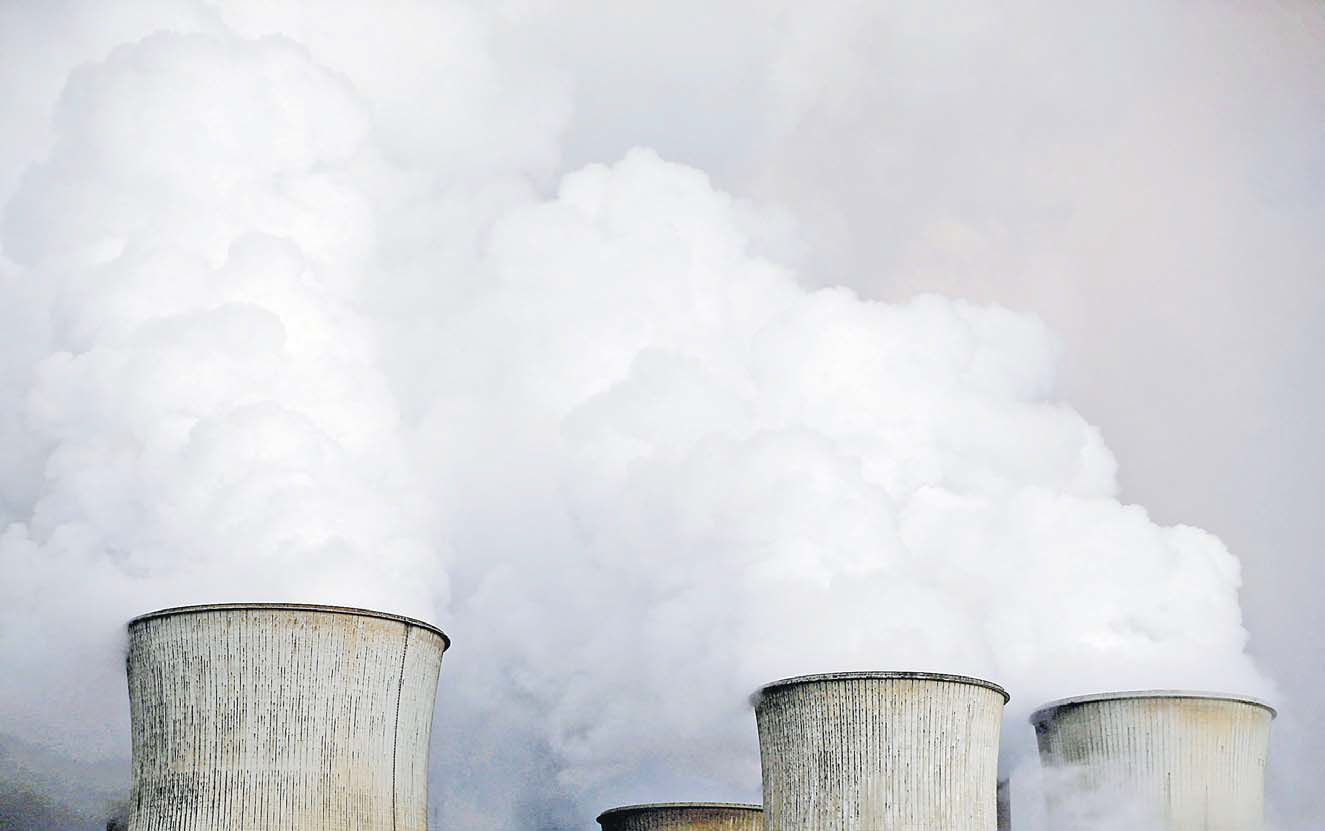 Steam rises from the cooling towers of the coal power plant of RWE, one of Europe’s biggest electricity and gas companies in Niederaussem, Germany on March 3, 2016. Picture: REUTERS/Wolfgang Rattay/FILE

BRUSSELS – Last year was the world’s fifth hottest on record, while levels of planet-warming carbon dioxide and methane in the atmosphere hit new highs in 2021, European Union scientists said.

The EU’s Copernicus Climate Change Service (C3S) said in a report on Monday that the last seven years were the world’s warmest “by a clear margin” in records dating back to 1850 and the average global temperature in 2021 was 1.1- 1.2 degrees Celsius above 1850-1900 levels.

The hottest years on record were 2020 and 2016. Countries committed under the 2015 Paris Agreement to try to limit global temperature rise to 1.5C, the level scientists say will avoid its worst impacts. That would require emissions to roughly halve by 2030, but so far they have charged higher. As greenhouse gas emissions change the planet’s climate, the long-term warming trend has continued. Climate change exacerbated many of the extreme weather events sweeping the world in 2021, from fl oods in Europe, China and South Sudan, to wildfires in Siberia and the United States.

“These events are a stark reminder of the need to change our ways, take decisive and effective steps toward a sustainable society and work towards reducing net carbon emissions,” C3S director Carlo Buontempo said.

Global levels of CO2 and methane, the main greenhouse gases, continued to climb, and both hit record highs in 2021. Levels of CO2 in the atmosphere reached 414.3 parts per million in 2021, up by about 2.4ppm from 2020, the scientists said. C3S said levels of methane, a particularly potent greenhouse gas, have jumped in the past two years, but the reasons why are not fully understood. Emissions of methane range from oil and gas production and farming to natural sources like wetlands.

After a temporary dip in 2020 at the onset of the COVID-19 pandemic, provisional data suggest global CO2 emissions rebounded by 4.9 per cent in 2021.

Last summer was Europe’s hottest on record, CS3 said, following a warm March and unusually cold April that had decimated fruit crops in countries including France and Hungary. In July and August, a Mediterranean heatwave stoked intense wildfires in countries including Turkey and Greece. Sicily set a new European temperature high of 48.8C, a record awaiting official confirmation.

In July, more than 200 people died when torrential rain triggered deadly flooding in western Europe. Scientists concluded that climate change had made the floods at least 20 per cent more likely. Also that month, floods in China’s Henan province killed more than 300 people.

In California, a recordsmashing heatwave was followed by the second-biggest wildfire in the state’s history, decimating land and belching out air pollution.