Operators: Give base taxis priority 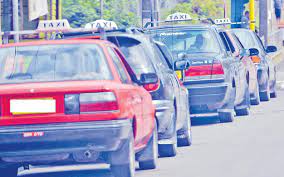 Cabbies who spoke to The Fiji Times said they wanted to revert to the previous system where only those who paid base fees were allowed to operate from a specific stand.

They were unanimous in one thing, they wanted the next government to address their concerns with urgency.

Taxidriver Satpal Sahai said before they adopted the open taxi rank system (OTRS) that came into effect from April 25, business was running smoothly.

“We were satisfied with the system we had before,” Mr Sahai said.

“Business has not been the same since we adopted the new system, in a nutshell we have not benefited from it.”

“At times, we don’t know where to park and if there is an argument, the police gets involved.

“The taxis that belong to this base should be given first priority.”

Mr Sahai, a cabbie since the ’70s, said if the OTRS would continue, base taxis must be given priority.

“We would like the system to go back to normal – if they stick to the new system and allow outside taxis to come into our base, fine that’s no problem but something needs to be done in such a way where base taxis must be given first priority.

“Everybody wants to get that bread and butter but how can we when this system is not benefiting us – we hope to see a change after the general election and hope that whichever government leads us will take heed of our issues.”

Amasa Mawaqa, a taxidriver for eight years, said some cabbies had benefitted from the increase in fares.

“The increase in fare has in some ways helped us with fuel costs,” he said.

“However, since more outside taxis are parking at the Suva market base, those that are members of the base are not benefiting and now when we take a trip to Lami and come back there’s no place to park, it’s all crowded up here.”

Mr Mawaqa said the OTRS was a pressing issue for cabbies and he hoped something would be done about it when the next government came into power.