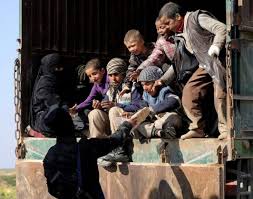 NEAR BAGHOUZ, Syria (Reuters) – The operation to destroy Islamic State’s final vestige of rule in Iraq and Syria hit a temporary snag on Thursday, as an expected evacuation of the remaining civilians from its last enclave in eastern Syria did not go ahead. The U.S.-backed Syrian Democratic Forces (SDF), which has steadily driven the […]