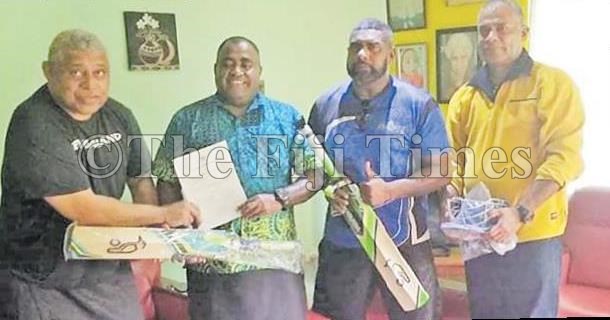 The Ono-i-Lau cricket team received cricket gear worth about $3000 from staff members of the Office of the Prime Minister.

The gear were supposed to be used by the Ono-i-Lau cricket team during the Easter competition which has been cancelled because of the current Covid-19 restrictions.

The gear were requested through Prime Minister Voreqe Bainimarama when he met the players preparing for the Easter tournament in 2019 at Albert Park.

According to the manager Jiuta Toga, Ono-i-Lau have four village teams on the island, namely Nukuni, Lovoni, Matokana and Doi and normally conduct their trials to select the main island team to travel to Suva to compete in the Cricket Fiji-sponsored Easter tournament.

“Ono-i-Lau is grateful for the assistance rendered by the Prime Minister as it will surely raise the morale and the spirit of the players and will certainly elevate the standard of their performance,” he said.

“The gear will be only used during an organised Cricket Fiji program or tournament.”