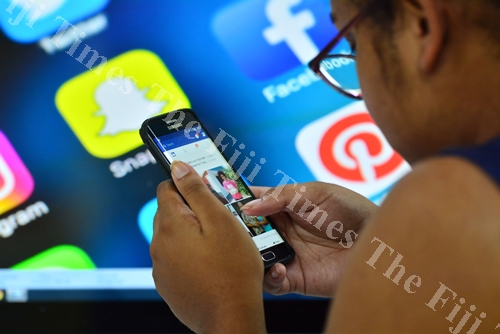 The Online Safety Bill proposes a fine of up to $20,000 and jail term of up to five years for individuals found guilty by the courts. Picture: JOVESA NAISUA

IRRESPONSIBLE social media users could be paying up to $20,000 in fine and face an imprisonment sentence of up to five years if investigated by the Online Safety Commission and found guilty by the courts. Chairman of the parliamentary standing committee on Justice, Law and Human Rights Ashneel Sudhakar made the comments while tabling the recommendations of the committee on the Online Safety Bill 2018 in Parliament yesterday.

Mr Sudhakar said the committee considered the Bill’s impact on hateful and harmful electronic communications and the posting of intimate visual recordings that would impact women and children as victims.

He said one of the submissions to the committee said the Bill should reflect that many women do not feel safe coming forward with a complaint against someone who had posted, especially an intimate partner.

“Section 17 of the Fijian Constitution provides for freedom of speech and expression. That right, however, is not an absolute right. The right of one person to express himself or herself cannot be taken as a licence to impinge on the right to privacy and dignity of another person,” Mr Sudhakar said.

“That has been the position of law since time immemorial, hence, the volumes of civil and criminal case authorities both locally and internationally.”

He said Section 17 of the Constitution more specifically provided that while every person had the right to freedom of speech, expression, thought, opinion and publication to the extent that it was necessary, a law may limit, or may authorise the limitation of those rights for public morality, protection of the reputation, privacy, dignity, rights of freedom of other persons including the right to be free from hate speech, rights of persons injured by inaccurate or offensive media reports to have a correction published on reasonable conditions and preventing attacks on the dignity of individuals or groups.

The Bill proposes the establishment of an Online Safety Commission whose role would be to promote online safety, deterrence of harmful electronic communication and related matters.

Section 13 of the Bill states that an individual may lodge a complaint with the commission if the individual had reason to believe that he or she was the subject, or targeted recipient, of electronic communication intended to cause or likely to cause harm.

And in the case of a child, the child’s parent or legal guardian, or the school principal or head teacher of a school if the child is a student at the school and consents, as the case may be, may lodge the complaint to the Commission on the child’s behalf.