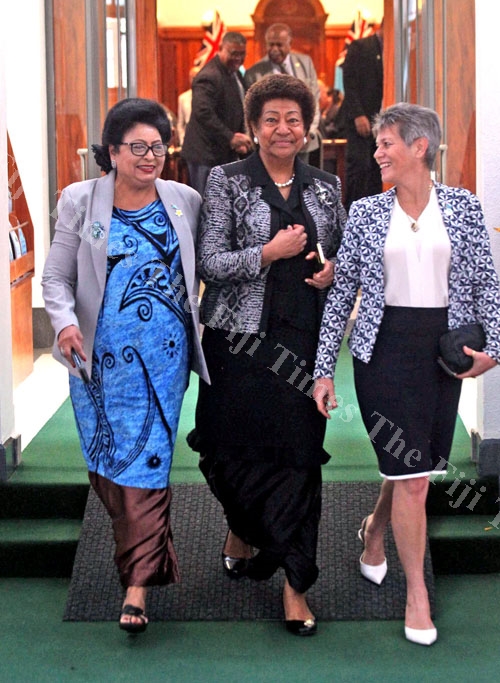 BE careful if you are an irresponsible social media user. The Fijian Parliament has passed the Online Safety Bill after an intense debate last night.

The Bill, which has become an Act of Parliament, promotes online safety through the establishment of an Online Safety Commission.

During the debate, Acting Prime Minister and Attorney-General Aiyaz Sayed-Khaiyum highlighted the need to provide a specific avenue for Fijians to have their concerns and complaints with respect to electronic communications dealt with.

Mr Sayed-Khaiyum said the Bill sought to deter harmful online behaviour and the creation of specific offences such as the intentional posting of harmful electronic communications, as well as intimate images or visual recordings without consent.

The Bill’s objectives are to promote responsible online behaviour and online safety, promote a safe online culture and environment that addresses cyberbullying, cyber stalking, internet trolling and exposure to offensive or harmful content, particularly in respect of children, deter harm caused to individuals by electronic communications and provide an efficient means of redress for such individuals.

During the debate, Opposition member of Parliament Semesa Karavaki opposed the Bill to be passed in Parliament.

Mr Karavaki said the Bill was not well structured and not construed in the right way. Opposition MP Biman Prasad said there was more time needed for the Bill to be reviewed.

Mr Sayed-Khaiyum said it was very critical for people to be able to understand that technology was phenomenally changing.

The Bill was passed with 27 votes. Parliament also passed the Community Based Corrections Bill and the Fair Share of Mineral Royalties Bill.