One win away from WC spot 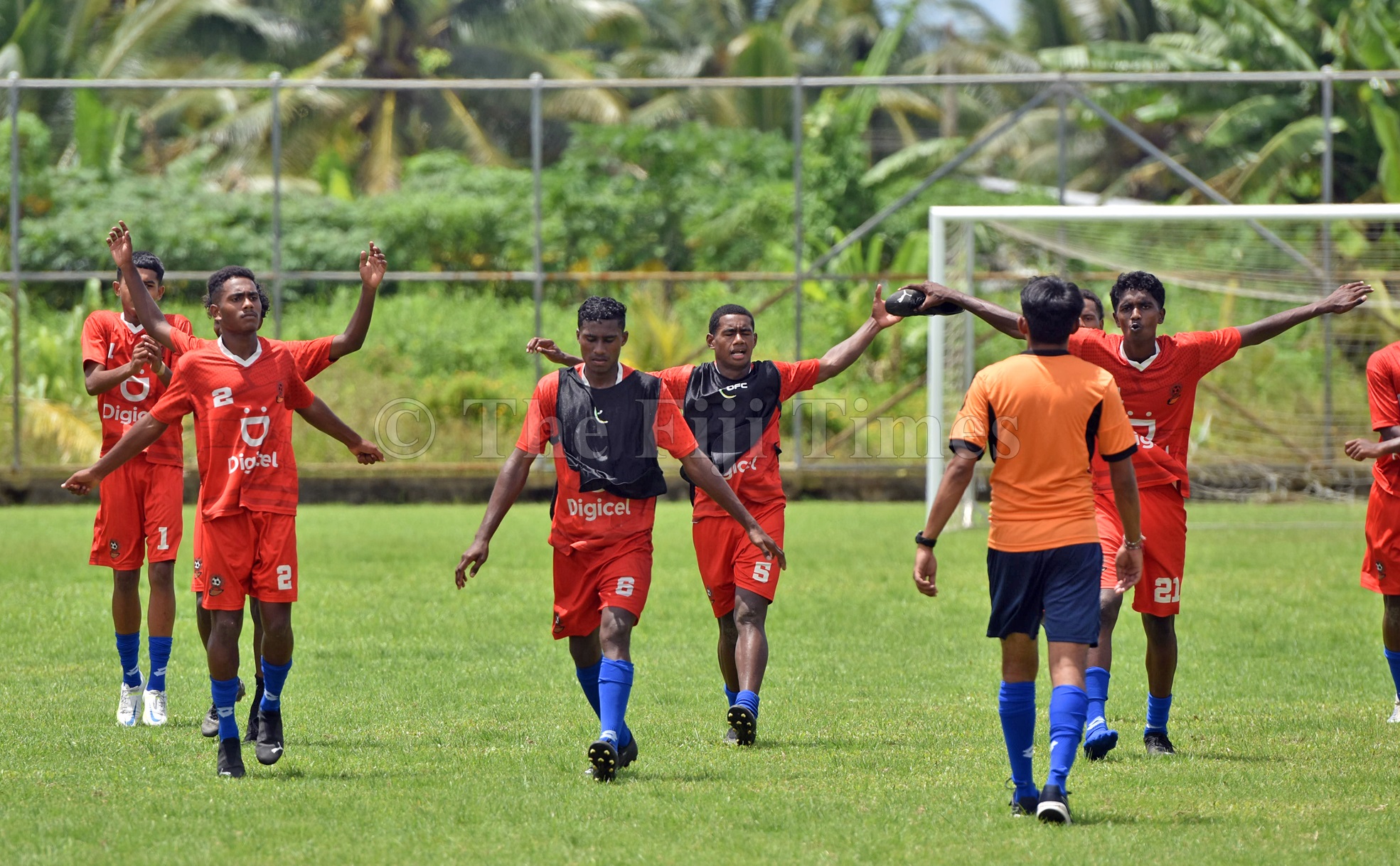 Fiji U17 players go about theirwarm up during training at the FFA grounfs in Suva, on Tues 17 Jan 2023. Picture: ELIKI NUKUTABU

ONE win away. That’s the simple equation staring the Digicel Baby Bula Boys in the face. It’s all that stands between them and a place in the FIFA Under-17 World Cup in Peru later this year.

However, to get that win, they first have to slay Oceania favourites New Zealand during the OFC U17 Championship semi-finals tomorrow at the HFC Bank Stadium in Suva. The other team travelling to Peru will be decided by the winner of the Tahiti and New Caledonia clash.

And that’s why Fiji team coach Sunil Kumar is rallying on Fijians to come out in numbers to cheer the boys on in what could be a historic occasion for Fiji football.

Kumar said his players were fully aware of the huge responsibility that rests on their shoulders.

“The boys all know why they are here. They are here to represent the country and to make them proud,” he said. “When they run out on Wednesday they know that they are carrying the whole of Fiji on their backs and I know myself that they will do their utmost best.”

To get to the semis, Fiji had to fight hard to beat the Cook Islands 3-0 on Sunday, and Kumar gave credit to the huge fan turnout, saying the players were happy to see so much support. And he hopes for the same tomorrow.

“Playing at your home ground gives a player a different type of motivation and strength to play better. And I really believe the huge number of fans was responsible for Fiji’s win (against the Cook Islands),” he said.

“That’s why I ask the fans to come out in numbers once more and cheer our boys on.”

He says playing against New Zealand will be no easy feat but is adamant the boys will come through.

Studying Fiji’s past two games, Kumar said they should be more confident with the ball in hand.

“New Zealand is a very good team and the semi-final this Wednesday will be a very tough match. We need to focus on our defence because New Zealand will be going to give their all to qualify for the World Cup.

“But other than that, spirits are high in the camp and the boys are hopeful and very excited for Wednesday.”

The match starts at 7pm after the first semi-final at 4pm. Tickets are $5 and free for children under-10.