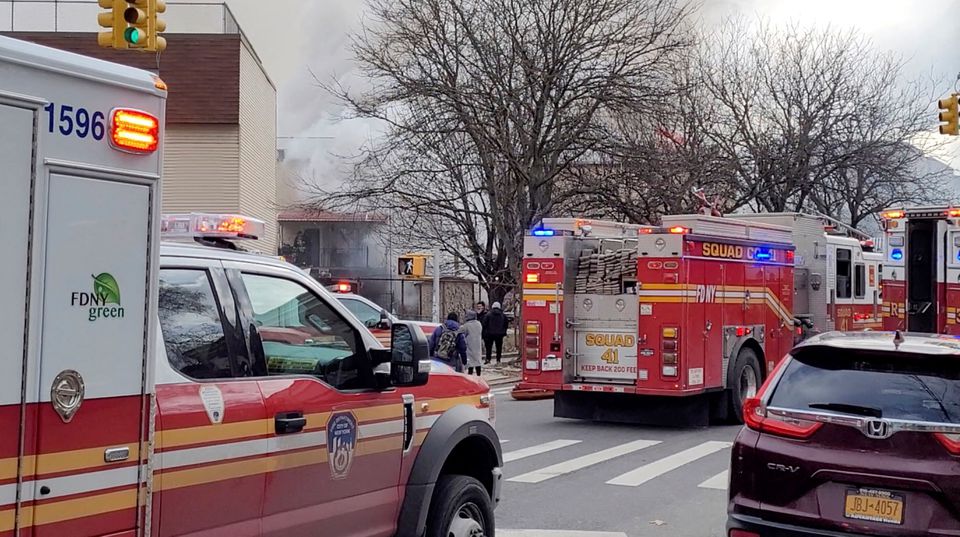 Five of those injured were police officers who raced into the burning structure to help usher residents to safety, and one was a woman who was rescued from her dwelling by police, officials said.

Police body-camera video posted to Twitter by the New York City Fire Department showed officers freeing the trapped woman from beneath an overturned sofa and other debris and carrying her to safety as flames engulfed the adjacent apartment unit.

“We saved lives today,” Mayor Eric Adams, a former police officer himself, told a news conference in lauding the actions of emergency first-responders.

The cause of the blast is under investigation, but John Hodgens, FDNY chief of fire operations, said, “we had a report of somebody who did smell gas” before the explosion.

The mayor said gas service was shut off for the entire block after the incident.

Hodgens said there was no immediate evidence of foul play.