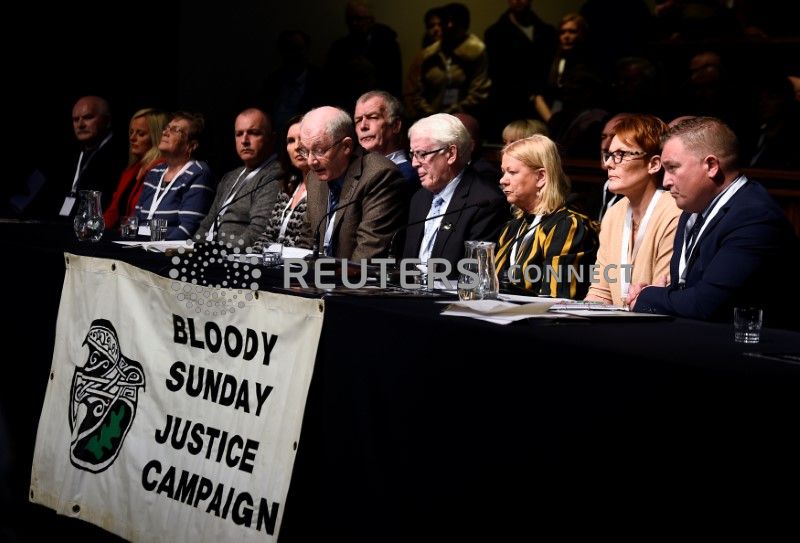 Families of the victims give a news conference after the announcement of the decision whether to charge soldiers involved in the Bloody Sunday events, in Londonderry, Northern Ireland March 14, 2019. REUTERS/Clodagh Kilcoyne

LONDONDERRY, Northern Ireland (Reuters) – One former British soldier will be prosecuted for two murders in the “Bloody Sunday” killings of 13 unarmed Catholic civil rights marchers in Londonderry by British paratroopers in 1972 – one of the most notorious incidents of the Northern Ireland conflict. The evidence was insufficient to charge 16 other former […]