On the run, Lebanese woman who stole own savings says she’s not the criminal 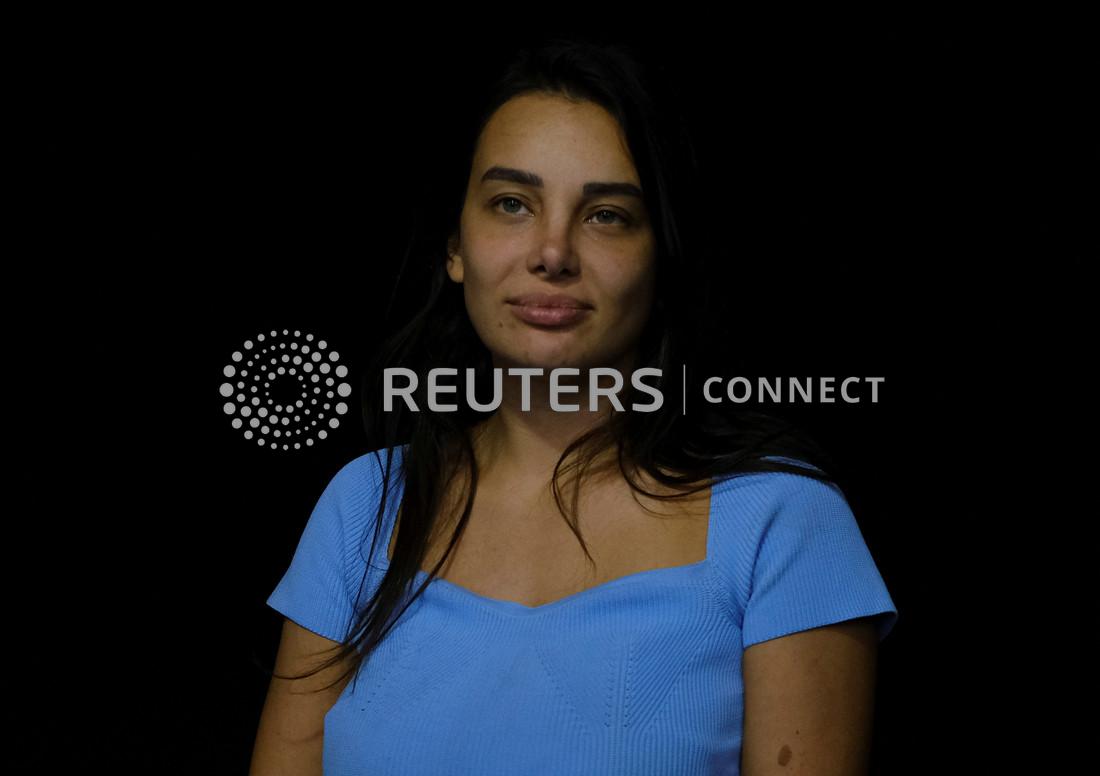 Interior designer Sali Hafiz, who is on the run from authorities after forcing a bank to release her family savings, poses for a picture as she attends an interview with Reuters at Bekaa Valley, Lebanon, September 20, 2022. REUTERS/Emilie Madi

BEKAA VALLEY, LEBANON (Reuters) – On the run from authorities after forcing a bank to release her family savings at gunpoint to treat her cancer-stricken sister, 28-year-old Lebanese interior designer Sali Hafiz insists she is not the criminal.

“We are in the country of mafias. If you are not a wolf, the wolves will eat you,” she told Reuters, standing on a dirt track somewhere in Lebanon’s rugged eastern Bekaa valley where she has since been in hiding.

Hafiz held up a Beirut branch of BLOM Bank last week, taking by force some $13,000 in savings in her sister’s account frozen by capital controls that were imposed overnight by commercial banks in 2019 but never made legal via legislation.

Dramatic footage of the incident, in which she cocks what later turned out to be a toy gun and stands atop a desk bossing around employees who hand her wads of cash, turned her into an instant folk hero in a country where hundreds of thousands of people are locked out of their savings.

A growing number are taking matters into their own hands, exasperated by a three-year financial implosion that authorities have left to fester – leading the World Bank to describe it as “orchestrated by the country’s elite”.

Hafiz was the first of at least seven savers who held up banks last week, prompting banks to shut their doors citing security concerns, and call for security support from the government.

George Haj of the bank employees syndicate said the holdups were misguiding anger that should be directed at the Lebanese state, which was most to blame for the crisis, and noted some 6,000 bank employees had lost their jobs since it began.

Authorities have condemned the holdups and say they are preparing a security plan for banks.

But depositors argue that bank owners and shareholders have enriched themselves by getting high interest payments for lending the government depositors’ money and are prioritising the banks over people rather than enacting an IMF rescue plan.

The government says it is working hard to implement IMF reforms and aims to secure a $3 billion bailout this year.

‘THEY ARE ALL IN CAHOOTS’

The series of raids have been met with widespread support, including from crowds that gather outside the banks when they hear a holdup is taking place to cheer them on.

“Maybe they saw me as a hero because I was the first woman who does this in a patriarchal society where a woman’s voice is not supposed to be heard,” Hafiz said, adding she had not intended to harm anyone but was tired of government inaction.

“They are all in cahoots to steal from us and leave us to go hungry and die slowly,” she said.

When her sister began losing hope she would be able to afford costly treatment to help regain mobility and speech impaired by brain cancer, and the bank declined to provide the savings, Hafiz said she decided to act.

BLOM Bank said in a statement that the branch had been cooperative with her request for funds but asked for documentation as they do for all customers requesting humanitarian exceptions to the informal controls.

Hafiz then returned two days later with a toy gun she had seen her nephews playing with, and a small amount of fuel that she mixed with water and spilled on to an employee.

Before her raid, she watched popular Egyptian black comedy Irhab w Kabab – or “Terrorist and Kabab” – in which a man frustrated with government corruption holds up a state building and demands kebabs for the hostages due to the high price of meat.

She managed to get $13,000 of a total $20,000 – enough to cover travel expenses for her sister and about a month of treatment – and made sure to sign a receipt so that she would not be accused of theft.

To aid her escape, Hafiz posted on Facebook that she was already at the airport and on her way to Istanbul. She ran home and disguised herself in a robe and headscarf and placed a bundle of clothes on her belly to make herself appear pregnant.

A police officer who knocked on her door “must have been scared I would give birth in front of him. I went downstairs in front of them all, like 60 or 70 people… they were wishing me luck with the birth. It was… like the movies,” she said, after they failed to recognise her.

‘LAW OF THE JUNGLE’

Two of Hafiz’s close friends with her at the bank hold up were detained after the incident over charges of threatening bank employees and holding them against their will, and ordered released on bail on Wednesday.

Lebanon’s Internal Security Forces did not respond to a request for comment on the case.

Hafiz said she would hand herself in once judges end a crippling strike that has slowed legal procedures and left detainees languishing in jail.

Abdallah Al-Saii, an acquaintance of Hafiz who held up a bank in January to get some $50,000 of his own savings, said more hold-ups were coming.

“Things will have to get worse so that they can get better,” Saii said, taking drags from a cigarette at his convenience store in the Bekaa.

“When the state can’t do anything for you and can’t even provide a tiny bit of hope over what lies in store, then we’re living by the law of the jungle.”