On July 4th, Americans celebrate life, liberty and the pursuit of hot dogs 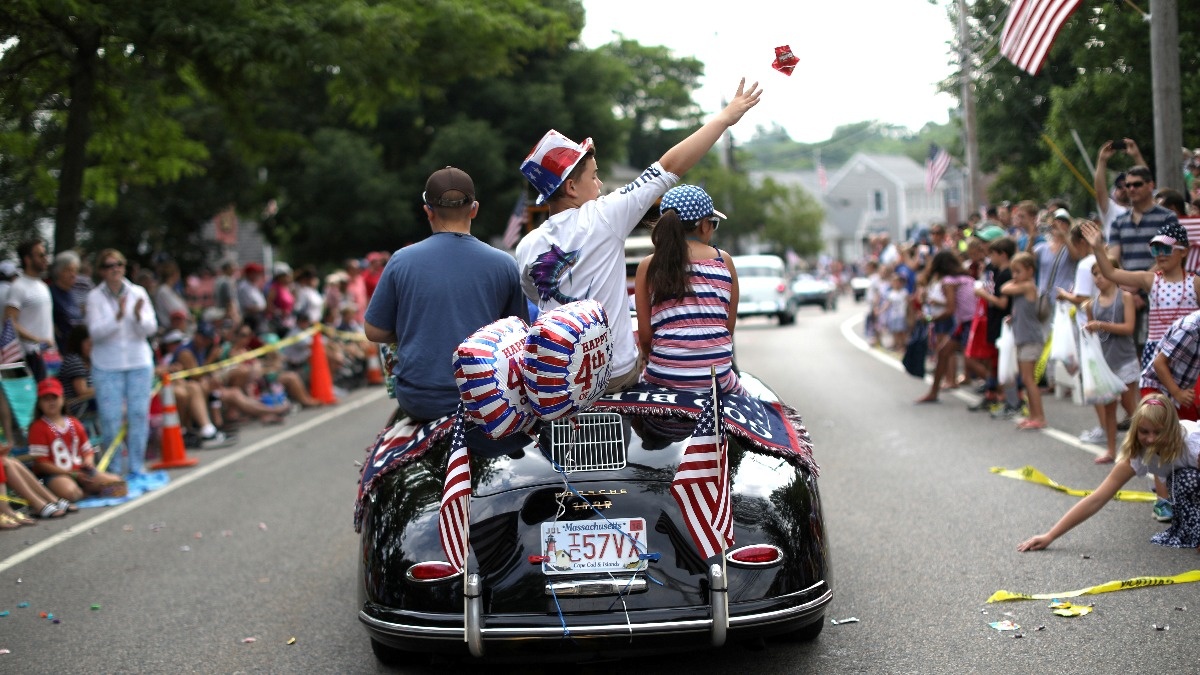 NEW YORK (Reuters) – Americans celebrated their nation’s 242nd anniversary of independence on Wednesday, with concerts, parades and a voracious display of hot dog-eating prowess in New York, as many cities and towns prepared for traditional fireworks displays after sundown.

At the White House, President Donald Trump planned to host a picnic for military families on the South Lawn during the afternoon, a few hours before fireworks were scheduled to light up the National Mall.

Independence Day festivities scheduled for Washington featured a concert by the National Symphony Orchestra on the lawn of the Capitol. “Margaritaville” singer Jimmy Buffett, The Temptations, The Beach Boys and Luke Combs will also perform.

The Fourth of July holiday marks the adoption of the Declaration of Independence by congressional delegates in Philadelphia on July 4, 1776.

The document declared the young nation’s independence from Great Britain and advanced the principle “that all men are created equal,” and had “certain unalienable rights” including “life, liberty and the pursuit of happiness.”

More than two centuries later, however, it was the pursuit of hot dogs that defined the holiday at Coney Island on the waterfront of New York’s borough of Brooklyn, where Nathan’s Famous held its 46th annual hot dog-eating contest.

Joey Chestnut once again dominated the competitive eating spectacle. The 34-year-old from San Jose, California, won his 11th “Mustard Belt” by downing an astonishing 74 wieners -topping the record of 72 he set last year.

In the women’s division, Miki Sudo, 32, of Las Vegas, won her fifth title by putting away 37 hot dogs.

Heat and humidity hung over the competition, as well as much of the country. The National Weather Service issued heat advisories for the Plains states eastward to the Mid-Altantic region. Temperatures were expected in the 90s with the humidity making it feel like 105 to 110 degrees Fahrenheit (40-43 degrees Celsius).

On a day that features countless patriotic parades nationally, the pro gun control group Moms Demand Action held several marches around the country, including one in Webster Groves, Missouri, where Democratic Senator Claire McCaskill joined them.

“It was hot! But wonderful,” McCaskill said on Twitter.New York is preparing to put on an evening fireworks display that ranks as the country’s largest, according to Macy’s (M.N), the retailer that sponsors the annual event.

More than 3 million spectators and 12 million television viewers are expected to watch 75,000 shells illuminate the night sky over the East River to the music of singer Kelly Clarkson.

Bostonians will celebrate with the Boston Pops along the Charles River, joined by pop vocalist Rachel Platten.

Los Angeles is also planning fireworks, as well as a concert and other celebrations at the Hollywood Bowl. Up the coast, San Franciscans can watch fireworks on the bay near the Golden Gate Bridge, if fog does not obscure the show.

In recent years, law enforcement agencies have been on the alert for suspicious activity during the holiday celebrations. Officials said they were taking extra precautions this year, but have not detected any credible security threats.

An Ohio man was arrested on Sunday on suspicion of planning to detonate a bomb at Cleveland’s Fourth of July celebrations.