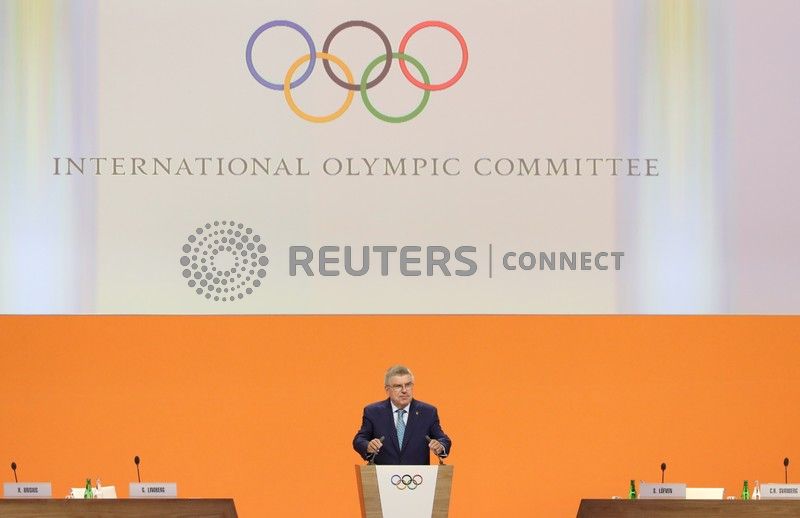 LAUSANNE, Switzerland (Reuters) – The International Olympic Committee outlined plans to overhaul the bidding process for future Games, stating that cities interested in hosting the Games should hold referendums before submitting official tenders to avoid having to withdraw their candidacy at a later date.

The IOC has seen many cities in recent years drop out of bidding for the Olympics in mid-race, scared off by the size or cost of the Games or due to strong opposition from local populations.

For the 2026 Winter Olympics, which this week was awarded to Milan and Cortina D’Ampezzo, four cities pulled out.

Only the winners and Stockholm were left in the race for potential host cities after Switzerland’s Sion, Japan’s Sapporo, Austria’s Graz and 1988 hosts Calgary in Canada pulled out.

It was a similar situation for the 2022 and 2024 Games. Local referendums have also killed off many bids or planned candidacies, including in Switzerland, Germany, Austria and Canada among others.

“We need to continue to evolve,” IOC member John Coates, head of the working group, told the session.

These reforms include the creation of future host commissions that will look at possible hosts well before any official candidacy is launched.

Cities will also need to get any referendums on the Games out of the way prior to the submission of an official bid so that there are no dropouts during the process.

The seven-year period between awarding the Games and hosting the Olympics was also scrapped with the IOC eager to be flexible to fit the timeline to the capabilities of each city.

“There must be responsible and flexible timing as to when elections take place,” Coates said. “So they (cities) can align a potential Olympic candidacy with the growth and development in a particular region.”

The Games have stopped being an attractive prospect for many cities with ballooning multi-billion dollar budgets putting a strain on countries’ economies as was the case with the 2016 Rio de Janeiro Olympics with the country in recession.

The IOC has already taken steps to reduce the cost of both bidding and staging the Games while also increasing its contribution to host cities once they are awarded the Games.

That has not stopped the drain of cities and led to an unprecedented double awarding for the 2024 summer Olympics (Paris) and the 2028 Games (Los Angeles) in 2017 after Budapest, Boston and Hamburg scrapped their 2024 Games bids.