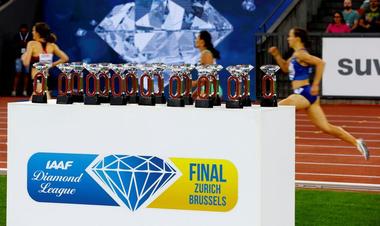 (Reuters) – World Athletics is working to restart a shuttered athletics season and studying any changes that may be needed in the qualifying process for the rescheduled Tokyo Olympics, president Seb Coe said on Friday.

The governing body is hoping to offer a series of meetings that may begin in August and run to October so athletes can get back in to competition as quickly as possible when it is safe to do so due to the coronavirus pandemic, Coe said in a letter addressed to the athletics community.

“We don’t yet know the date for the Games next year,” Coe said, “but once they (the International Olympic Committee and the Japanese government) have made it, we will look at what, if any, impact that decision has on our World Athletics Championships Oregon 21.”

Many expect the championships in Eugene, Oregon, to be moved to 2022.

Athletics’ global governing body also hopes to provide an answer as soon as possible to any changes to the Tokyo Olympics qualifying process, Coe said.

World Athletics began reviewing its Olympic qualification process after the IOC and sports federations agreed that all athletes currently qualified for the Tokyo 2020 Games will remain qualified for next year’s event.

“In athletics the primary qualification avenue is by meeting the entry standards set out in March 2019,” Coe added.

“Once those places are allocated, the remaining athletes are drawn from the world ranking list. As of today, all athletes who have met the entry standards for their event will remain qualified for the Tokyo Olympic Games in 2021. This is approximately 50% of the places.”

A major review is also underway of the global calendar of events, not just for the next two years which will see some major disruptions, but for the long term.

The decision comes as athletics’ Diamond League series announced on Friday it has canceled its meetings through June but hopes to have a late season.