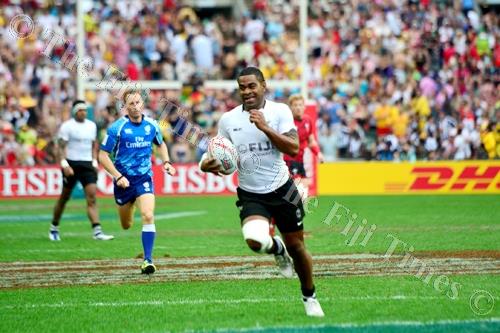 Vatemo Ravouvou runs towards the tryline to score against Wales at the Hong Kong 7s in So Kon Po. Picture: FT FILE

Ravouvou signed with former All Blacks forward Adam Thompson to be part of the Warriors for the rest of 2019/2020 season of the Major League Rugby in the USA.

The nippy fly-half is expected to boost the Warriors backline and improve the team’s performances by raising their standard from nineth place to the top four.

Ravouvou made his first appearance in the HSBC World Sevens Series in 2013 and has appeared in 38 Series, scoring 912 points.