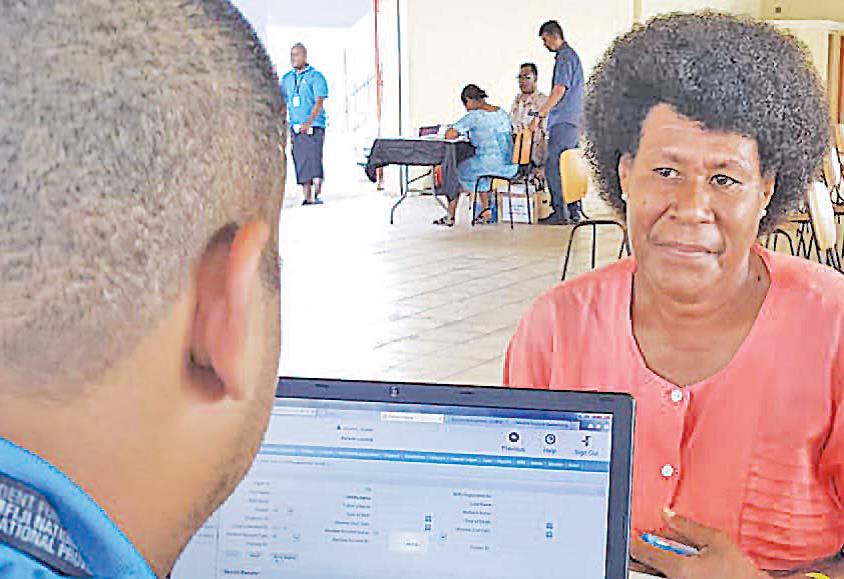 Litiana Natevunu, who left her job in the Capital City and returned with her husband to their village at Nativi, Saivou, Ra in 2011. Picture: SUPPLIED

THE Fiji National Provident Fund’s member forums have been quite effective in raising awareness and educating members on their accounts and old age security.

One such member who benefited greatly from the forum is Litiana Natevunu, who left her job in the Capital City and returned with her husband to their village at Nativi, Saivou, Ra in 2011.

An article published in the FNPF’s quarterly newsletter, issue number 2 for the year, stated that Ms Natevunu attended the member forum held in Rakiraki on December 1 last year and found out more about the old age security.

She said she joined her husband in farming and they planted fruits, vegetables, root crops and had a poultry farm too.

The couple usually travel to the market in Vaileka to sell some of their produce to earn some income however they too had their share of problems.

According to the article, she said one of the problems they encountered in the village, was theft and there were times when they would return from their plantation to find vegetables and fruits that were grown in plots next to their home, stolen.

After the forum, she was able to sit down with the Lautoka team to check her account balance and switch her account from compulsory to voluntary.

She said she was happy that she was able to get the information she needed and planned on committing herself to growing her savings — especially after hearing of the fund’s financial performance.

Ms Natevunu said she was determined to increase her savings so it could be used to support her and her husband when they were older and unable to go to the plantation any more.