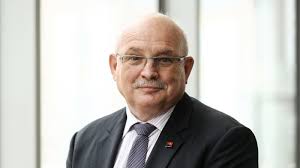 Oil Search CEO Peter Botten said the deal will be a boon for Papua New Guinea, which has acquired a major share of the new LNG project. Picture: SMH

PORT MORESBY,10 APRIL 2019 (SMH) – Oil Search has signed an agreement with the Papua New Guinean government to develop a US$15 billion gas field in the country.

Oil Search CEO Peter Botten said the deal will be a boon for Papua New Guinea, which has acquired a major share of the new LNG project.

It could also support the construction of three more LNG processing trains to transform the extracted gas for export.

Oil Search said the Elk-Antelope project could produce about 5.4 million tonnes of LNG a year.

The deal allows the development to progress to front-end engineering and design of its infrastructure.

A final investment decision for Elk-Antelope is slated for 2020, with first production expected by around 2024.

The agreement also gives the PNG government a 22.5 per cent share in the project, with about 2 per cent being held by local landowners.

“We believe the fiscal and other terms of the gas agreement equitably allocate project benefits and returns to the state,” he said.

A key point of the deal was securing domestic supply for PNG, to help the nation achieve its target of supplying 70 per cent of the country with electricity by 2030.

“This will avoid any unnecessary duplication in construction as recently seen in Gladstone on the Australian east coast, where three identical independent downstream facilities were built next to each other, vastly increasing their overall cost and reducing the tax revenues,” Kumul said in a company statement.