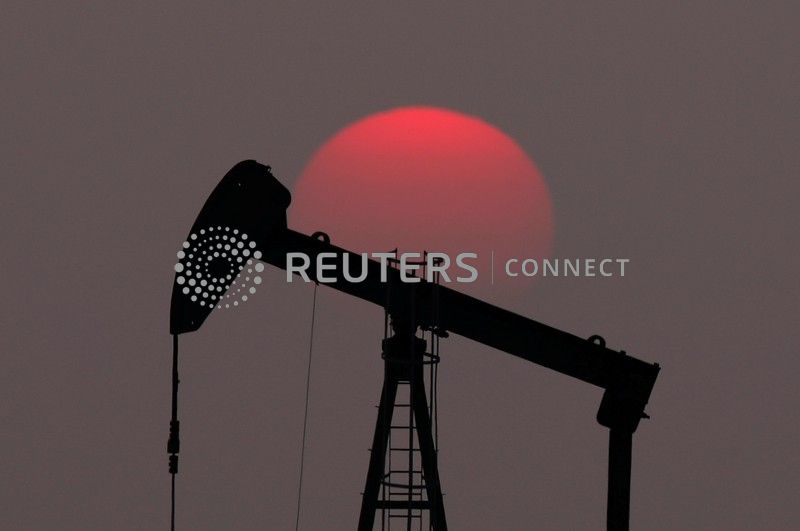 Oil prices sank about 1% on Monday on signs that the impact of a tropical storm on U.S. Gulf Coast production and refining would be short-lived, while Chinese economic data dimmed the crude demand outlook.Brent crude futures <LCOc1> settled at $66.48 a barrel, losing 24 cents, while U.S. crude <CLc1> settled at $59.58 a barrel, shedding 63 cents, or 1.1%.

Both contracts last week made their biggest weekly gains in three weeks on cuts in U.S. oil inventories and diplomatic tensions in the Middle East.

“Crude prices softened as oil companies returned workers to offshore platforms as the effects of (the storm) have subsided,” said Edward Moya, senior analyst at OANDA in New York. “With no major damage done oil output will start coming back online and we could see crude prices pare back some of last week’s gains.”

One U.S. Gulf Coast refinery was restarting after shutting under threats of Tropical Storm Barry, while other refineries in the path of the storm continued to operate.

U.S. offshore oil producers restarted 4% of the production shut by Barry last week, according to a report on Monday by the U.S. Bureau of Safety and Environmental Enforcement (BSEE). [nL2N24G0WF]

China’s oil throughput rose to a record 13.07 million barrels per day in June, up 7.7% from a year earlier, following the start-up of two new large refineries, official data showed.

Still, economic growth of just 6.2% in the second quarter of 2019 – the weakest in 27 years – highlighted the impact of trade tensions with Washington and raised the possibility that more incentives might be needed to jump-start the economy.

“The basic message is that the second half of this year will see some depletion in global oil inventories but this will be followed by a dismal 2020, especially the first six months of next year,” PVM analyst Tamas Varga said.

Easing tensions between the West and the Middle East also weighed on oil futures.

Iranian President Hassan Rouhani said in a televised speech on Sunday that Iran was ready to hold talks with the United States if Washington lifted sanctions and returned to the 2015 nuclear deal it quit last year.

British Foreign Secretary Jeremy Hunt said there remained a “small window” of time to save the Iran nuclear deal as Tehran signalled it would ramp up its nuclear program.