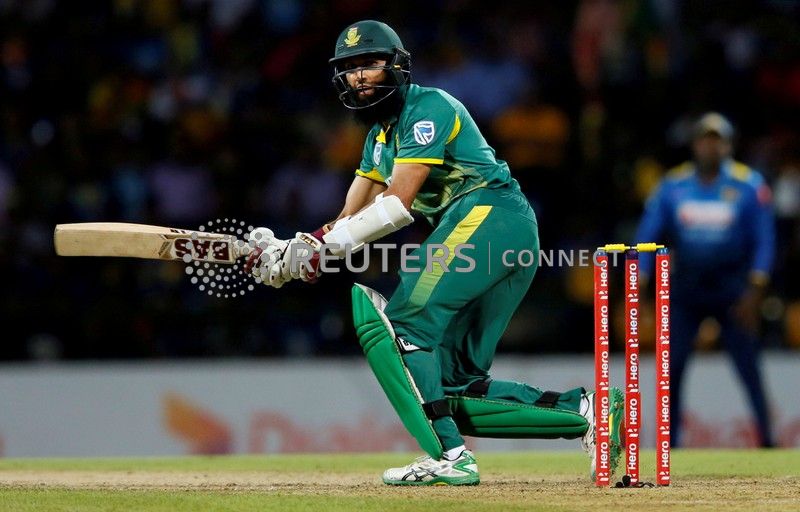 CAPE TOWN (Reuters) – South Africa have included off-form opening batsman Hashim Amla in their squad for the Cricket World Cup in England and Wales starting next month, but there is no place for all-rounder Chris Morris.

Amla’s selection has been the topic of hot debate. He has been a stalwart at the top of the order for the last decade, but his form in all formats has been called into question in the past year.

In One-Day International cricket he has managed a single century in his previous 16 innings, dating back to the start of 2018, at an average of 35.26.

He was given the opportunity to find form in domestic cricket over the last few weeks, but has a top-score of 32 in six innings, failing to reach double-figures in three of those.

“We are very happy with the squad we have been able to put together and have every confidence in their ability to do our country proud at the World Cup,” Cricket South Africa selection convener Linda Zondi said.

“The fact that we have managed to win our last five series in a row in this format underlines the quality of the team that Faf will lead into the contest.

“The final selection is also the result of a very rigorous search we have conducted, leaving no stone unturned, to make sure that we have made the best use of the options available to us.”

Morris’s exclusion as an all-rounder is a surprise given his form in the Indian Premier League and his death-bowling ability, but the selectors have instead opted for Dwaine Pretorius and Andile Phehlukwayo, with only one of those ever likely to play at any given time.

Fast bowlers Lungi Ngidi and Anrich Nortje were both injury doubts, but have been selected, with the former especially crucial to the side given his wicket-taking ability and economy in the opening overs.

“Lungi Ngidi and Anrich Nortje are well on the way to recovery and we expect them to be ready for our pre-tournament camp next month,” Zondi added.

Rassie van der Dussen, who only made his debut for the side in January but averages 88.25 from his eight ODI innings, was chosen ahead of Reeza Hendricks, while test opener Aiden Markram also gets the nod on the back of some excellent domestic form.

Imran Tahir will be the starting leg-spinner, with the guile of Tabraiz Shamsi another option in that department.

South Africa have opted not to select a specialist wicketkeeper as back-up to Quinton de Kock, but instead will rely on part-timer David Miller, who wore the gloves for some of the recent 5-0 series sweep of Sri Lanka.

South Africa, seeking a first World Cup trophy win, open their campaign against England at The Oval on May 30.