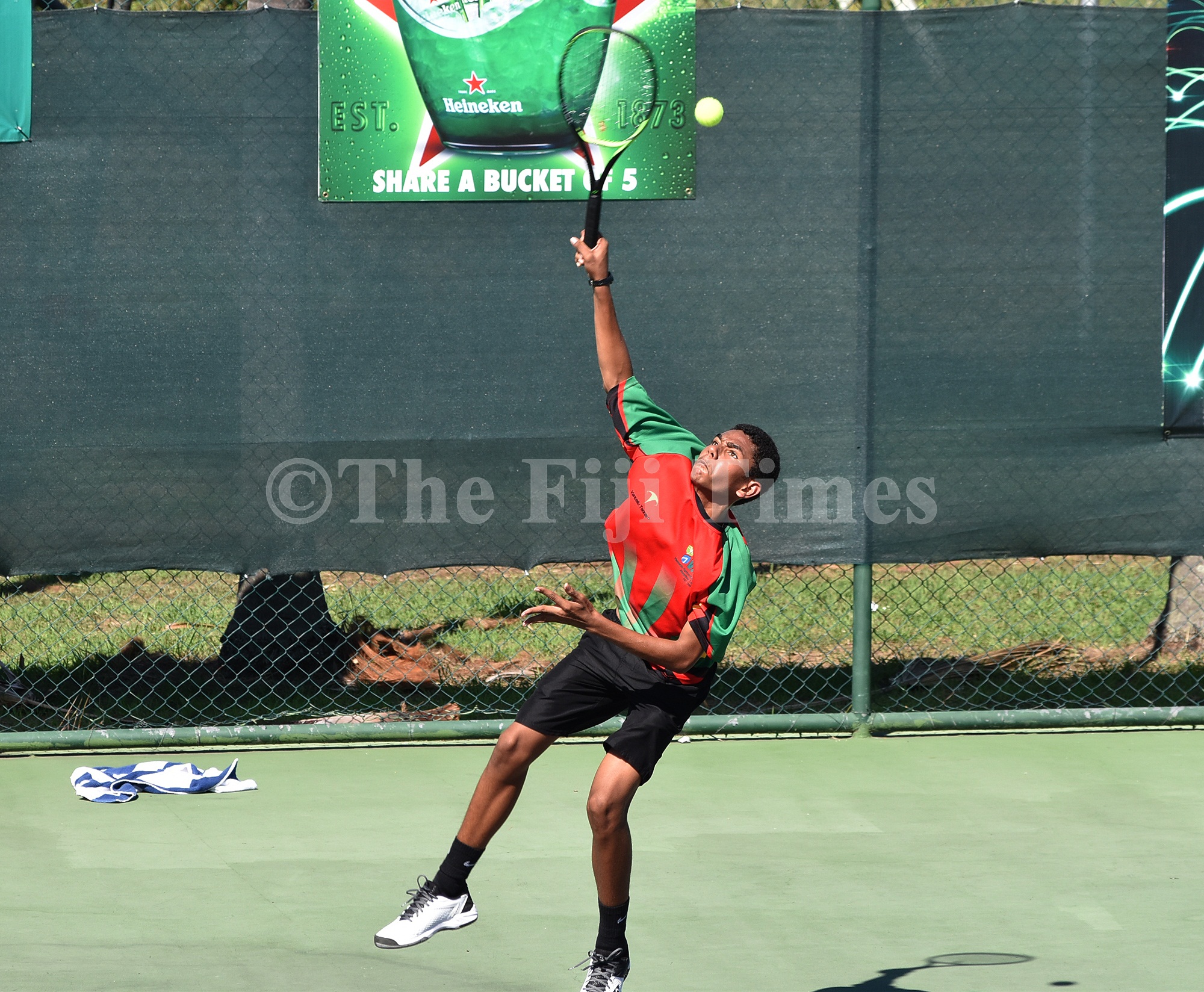 CAPTAIN William O’Connell guided the Fiji men’s team to victory against the Solomon Islands during the opening round of the Punjas Nations Cup Pacific at the Regional Tennis Complex Courts in Lautoka yesterday.

O’Connell will also captain the national tennis team at the 2019 Pacific Games.

He teamed up with Daneric Hazelman to win the bronze medal during the 2015 Pacific Games in Papua New Guinea.

Tennis Fiji president Richard Breen said the national players were using the Nations Cup Pacific as buildup for the Pacific Games in Samoa.

Breen said they had fielded teams with both local and overseas-based players.

“The national reps got a chance to get some match practice ahead of this Nations Cup Pacific when they played at the Fiji Tattslotto Fiji Open Championship last week,” he said.

“They are using this tournament as part of their preparations for the Pacific Games. We have players who are based locally and some who have come from overseas.

“We have William who is a medal winner at the last Pacific Games. He is back to captain the team. We also have some younger players in the development team like Charles Conish, who is an International Tennis Federation scholarship recipient.

“Sebastian who played in this tournament last year has come back from Australia to participate again. The others are from Nadi, Lautoka and Suva and there are ten in total.”