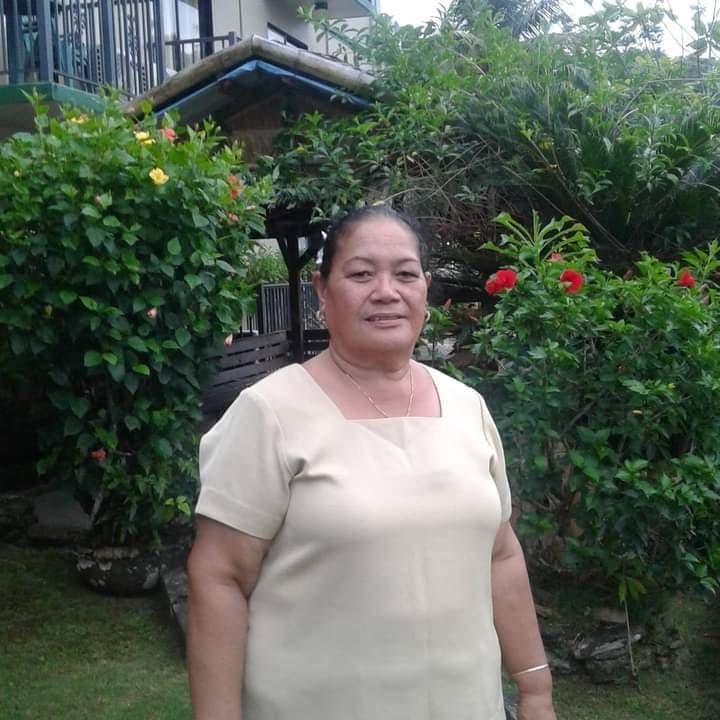 Catherine Mori is the oldest female employee in the Customs and Tax Administration in the Federated States of Micronesia (FSM). And she may just well be the oldest female employee in the Department of FSM Finance, the jurisdiction under which her institution comes under. Beginning her career as a Revenue Officer III with the Revenue and Tax Division in 1990, Catherine has witnessed numerous developments over the years. A major one was the merger of the Revenue and Customs divisions in 1998, her eighth year on the job. To her, a “big adjustment” was inevitable during that corporate transition. No less, a woman in a commonly-perceived male-dominated occupational field, and in a deeply-rooted cultural nation. But no mountain has been too high to scale for Catherine, who was promoted to Deputy Assistant Secretary in the field office in Chuuk State, FSM – a position she has held since 2007 to date, and again the only female employee in that role.

This is her story.

Catherine began her career in the tax domain in 1990.

She started as an auditor with the Revenue and Tax Division, but she held the position of a Revenue Officer III. And in that capacity alone, she was required to perform various tax-related functions.

As a Revenue Officer III, Catherine had had to assist customers with their tax returns, input tax roll, and also input income tax, and transmit these to the headquarters in Pohnpei.

She was also tasked to assist customers with their import transactions, and carry out daily bank deposits, amid other duties. In December later this year, Catherine will have completed 31 years of service with the organisation.

“I am the oldest female on this job and maybe also in the Department of FSM Finance,” she says.

At the time Catherine joined the Revenue and Tax Division, the institution operated separately from the Customs Division. And in 1998, the two institutions merged to form the Customs and Tax Administration under the Department of FSM Finance. During that transition, employees of both institutions had to undergo cross trainings in areas of tax revenue and customs.

“That year was a big adjustment for me,” Catherine recalls.

The merge meant that aside from her already-hectic work schedule, she also had to carry out an additional role of a Customs official at the island nation’s port of entries. Underpinned by the lack of manpower, Catherine had had to leave her office work aside and attend to inspection and clearance duties, that of cargos at the airport, the dock and or at the post office. And to ensure efficiency in productivity, she says she has had to be patient in all areas of her responsibilities.

Seventeen years of service and commitment with the Customs and Tax Administration paid off for Catherine. In 2007, she was promoted to the position of Deputy Assistant Secretary in the administration’s field office in Chuuk State, Micronesia. Chuuk State is the most populous of the four States in the FSM – than Pohnpei, Yap and Kosrae – which according to the April census of 2010 recorded some 48,654 inhabitants.

As the Deputy Assistant Secretary, Catherine now plays a more managerial role. She oversees the overall operation of her unit that includes human resources, revenue and customs collection.

“My duties now include overseeing the work of my employees, making sure the post office, the airport as well as the ship port are attained well and cleared. I do monthly reports on all areas of both customs and revenue collections, monthly reports on PC Trade and awareness in the field office.”

She also has to ensure that deposits of collections are maintained and sent to the central office in Pohnpei daily.

Catherine openly declares her love for what she does and her positive approach to the challenges she faces. But she notes the challenge of conscience between the matter of gender in the workplace and her present cultural landscape.

“I have enjoyed my job all my life, learning to get along with others, learning how to communicate, and experiencing new ideas. “But overall, my challenge on the job is being the only woman in the position. “In Chuuk, Micronesia, males are mostly the heads in all departments. “It was hard for me to speak up, and it was not because I was scared but it is because of our respect for men.”

And it is because of their culture in Micronesia, especially for Chuuk State, that they are still adjusting to the modern way of life.

“Nowadays, because people go out of FSM to the United States (of America) or Hawai’i, they have come a long way to understand that women do not only have a place at home but they also have a place in departments and offices.

“Today, I am very happy with my job. I feel free working among many males on the job and getting acquainted with my colleagues.

She adds this has also helped her family understand and support her in her work.

This pandemic has adversely impacted the world in many ways, largely on human lives lost and global economic collapses.

Again, Catherine capitalises on her natural ability to take a positive approach and look on the bright side.

Her work schedule has changed significantly, in particular with limited flights and cargo ships.

“For me, this means I have more time to rest and more time to spend with the family. It has helped me to relax and enjoy life.”