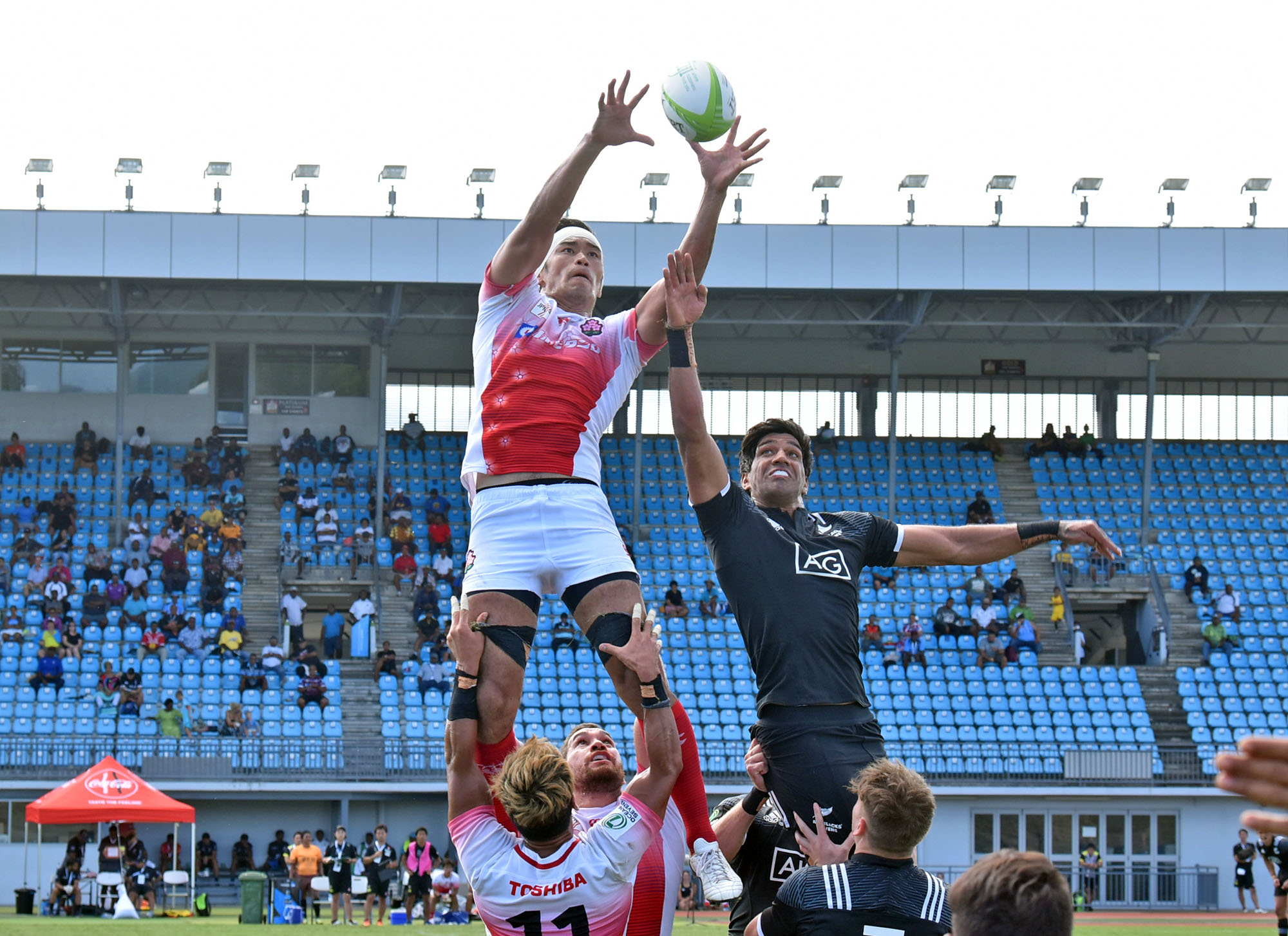 Japan's Yusako Kuwazuru wins a lineout against New Zealand's Dylan Collier during the second day of the 2019 Oceania Sevens tournament at the ANZ Stadium in Suva on Friday, November 08, 2019. Piture: JONACANI LALAKOBAU

JAPAN Development 7s team playmaker Yoshikazu Fujita said it was the performance of their national 15s side during the Rugby World Cup in Japan that motivated them to upset the All Blacks Sevens team 17-14 during the 2019 Oceania Rugby Sevens Championships at the ANZ Stadium in Suva yesterday.

“Our fifteens team had set a benchmark and we felt we needed to prove ourselves,” said Fujita.

Japan bounced back after a 31-0 loss to defending champion Fiji on day one and looked set to qualify after toppling the world number three ranked. “Rugby is massive in Japan now and it’s really great with the Olympics next year.

“It was a great win and just amazing.”

Akuila Rokolisoa scored New Zealand’s first try from the back of the scrum spotting a gap in the Japanese defence to race over under the sticks also adding the conversion.

Japan levelled scores just before half time through Toshiki Yamauchi and converted by Fujita.

Japan hit first after the break with an 80 metre break from winger Chihito Matsui also converted by Fujita.

Ngarohi McGarvey-Black equalised with a converted try immediately but it was a drop goal penalty by Fujita that sealed the deal and the win for the underdogs.